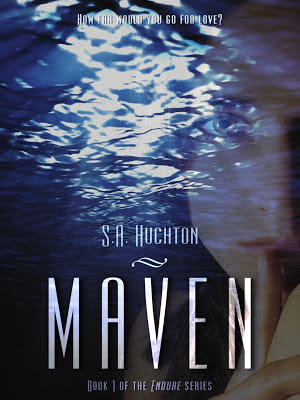 Synopsis:
How far would you go for love?
Since losing her parents at 14, young prodigy Dr. Lydia Ashley has focused on one thing: an appointment on the Deep Water Research Command Endure. Now 21, she's about to realize that dream, but nothing is how she imagined it would be. Her transitional sponsor forgets her, her new lab is in complete chaos, and, as if that weren't enough, she's about to discover something so horrific it could potentially destroy all life on the planet.
Daniel Brewer, a noted playboy and genius in his own right, may be exactly what she needs... Or he may make everything worse.
Has she finally found a puzzle she can't solve? 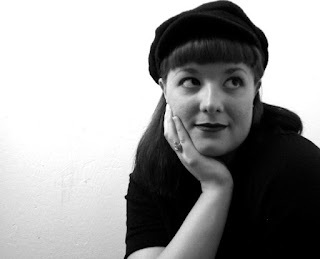 Author Bio:
Starla Huchton released her first novel, The Dreamer’s Thread, as a full cast podcast production beginning in August 2009. Her first foray went on to become a double-nominee and finalist for the 2010 Parsec Awards. Since her debut, Starla’s voice has appeared in other podcasts including The Dunesteef Audio Fiction Magazine, The Drabblecast, and Erotica a la Carte. She is also a voice talent for Darkfire Productions, and narrates several of their projects, including The Emperor’s Edge series, This Path We Share, and others. Her writing has appeared in the Erotica a la Carte podcast, a short story for The Gearheart, and an episode of the Tales from the Archives podcast (the companion to Tee Morris and Philippa Balantine’s Ministry of Peculiar Occurrences series), which garnered her a second finalist badge from the 2012 Parsec Awards. Her second novel, a Steampunk adventure entitled Master of Myth, was the first place winner in the Fantasy/Science Fiction category of The Sandy Writing Contest held annually by the Crested Butte Writers Conference. Maven is her third completed novel and the first in a planned series of four.
After completing her degree in Graphic Arts at Monterey Peninsula College, Starla opened up shop as a freelance graphic designer focusing on creating beautiful book covers for independent authors publishers. She currently lives in Virginia where she trains her three Minions and military husband.
Links:
Web/Blog: http://www.starlahuchton.com
http://www.designedbystarla.com
Facebook Author Page: https://www.facebook.com/pages/Starla-Huchton-Author-Page/255657227797465
Twitter: @riznphnx

"Yeah, there's one or two of the guys you'll want to avoid here, but..." Cordy stopped mid-sentence, staring at something over Lydia's shoulder. "What is he doing here?"
Curious, Lydia rotated to see who she was talking about. She immediately regretted it. Daniel Brewer locked in on her like a homing beacon and strode across room to her table. "Crap," she muttered when she turned back.
"And he would be one of those.” Cordelia smirked. "Good luck." She stood, lifting her tray of dishes.
Lydia's panic level rose. "You're leaving?"
Cordelia shrugged. "Hate to abandon you, but I've got a call scheduled at 1845 I can't miss. I expect a full report on this later, however." She grinned and headed for the exit.
Lydia willed her hands to be still and her breathing calm. Her throat was scratchy and dry, but she didn't trust she could pick up her glass of water without spilling it everywhere.
"You're a difficult woman to track down," Daniel said as he plopped down on the bench across from her.
Not difficult enough, she thought to herself. "It's dinner time. People usually eat around now. Or are you skipping meals again?" She fought back a flinch, realizing what she gave away.
His eyebrows lifted, but he didn't comment on the remark. "I see you were talking with Ms. Orietti. Interesting choice in friends."
She sniffed. "I hardly think you're qualified to judge. My personal life aside, did you hunt me down for a reason?"
"I saw your request."
Lydia feigned surprise. "The one I sent at 1700? I assumed you wouldn't see that until whatever time it is you remember to go to work in the morning."
He frowned. "Despite what you think, I actually work quite a bit. My regular hours extend until 1900, and then I'm on call until 0700. I take breaks for meals, of course, but I have several high level projects going on at any given time."
"Of course.” She swallowed. Perhaps she had crossed the line a bit with that last one. "That was uncalled for. I apologize. What did you come to ask me, Mr. Brewer?"
"You can call me Daniel," he said, his grin returning.
It was easy to see why he was so popular with women, but that he still thought that was going to work rankled her. She steeled herself. "Mr. Brewer," she said, standing and lifting her tray. “It's been a very long day, so if there's a business matter you wanted to discuss..."
He kept pace with her as she crossed the room to dump her dishes. From her peripheral vision, she saw several heads turn to follow their progress. “Well, I thought we could discuss the specific project needs you have and do some outlining so I can show you my skills.” He winked at her
The subtle emphasis he placed on the word caused her to miss a step. "I'm sorry, did you just..."
"What?" Daniel looked at her, the picture of innocence.
Lydia sighed and kept walking. "Nevermind. Mr. Brewer, I--"
"Daniel."
She stopped outside the SAT station and punched the call button. "Mr. Brewer, if you refuse to conduct yourself in a manner appropriate for someone in your position, I will withdraw my request. I would prefer to have your expertise on this, but I will not tolerate immaturity."
"Dr. Ashley, I assure you I can be nothing but professional--"
"Good," she interrupted. "Then you can prove that at 0730 when you meet with me and my lab staff to discuss the necessary details." The SAT car arrived, and she stepped inside. "My coworkers are crucial to the lab's success and they will all have input in the needed software." The door closed. The last thing she saw was Daniel's stunned expression.

Posted by Le'BookSquirrel at 7:16 AM