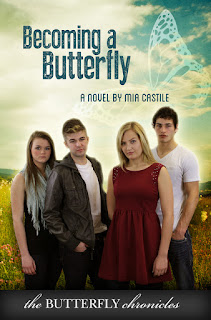 Sixteen year old Lacey was never the center of attention, unless she was tripping, stammering, or being deposited into a pool by the local popular kids. All she wanted was to fit in, until one night when everything changed.
Jade and Tasha, her two best friends, helped her create an online personality that was everything she wanted to be– and it was only the beginning. In doing so, she attracted the attention of Henry, her lifelong crush and next door neighbor. Unfortunately, it was Farrah, her online personality and not herself, he was interested in.
She also attracted Chase, the brooding, quiet, anti-social new kid of Brownsburg High School, who easily figured out her secret and blackmailed her. They forged a friendship that was both unique and complicated.
Lacey must decide if revealing herself to Henry and her entire school as the cool, charming, and funny Farrah is worth possibly losing him forever. She finds herself needing to make an even harder decision than she ever thought possible. When did the lines between truth and lies get so blurred?

Becoming a Butterfly is a story about coming of age and finding yourself when you never knew you were lost. 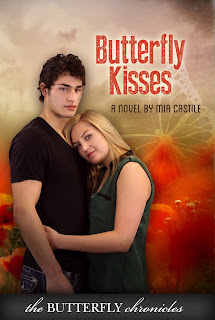 Everything changed for the Baxter sisters last spring. Lacey blew it with Henry her lifelong crush, only to discover a blooming relationship with her best friend, Chase. While he picked her up and put her back together, they grew closer over the summer. Now that school has started, he’s found popularity thanks to his band Cate’s Ashes, and he’s hiding secret phone calls and text messages. Plus, did his ex-girlfriend just appear out of the blue at his show? Forcing Lacey to wonder if he’s over the feelings he pronounced for her at the beginning of summer. Add to the tension, a realization and secret of her own to keep about her worse enemy. Lacey vows to be the bigger person and keep Byron’s revelation, but what will it cost?

Meanwhile, as Lana tries to find herself again after her suicide attempt, she’s befriended by the school’s resident bad girl, Britt, and new chicano boy, Tomas, in the same week. Britt offers unconditional acceptance that Lana didn’t realize she craved, while Tomas brings out the best in her, and makes her feel alive again. Britt is dangerous and daring, while Tomas exudes security and safety. Vices come easily when you are already addicted to something you crave, and Lana muddles through figuring out who she wants to be.

With their parents constantly arguing, and their dad moving into the guest bedroom, the pressure on the girls may explode destroying them all. Is there a place for happiness when their world is crumbling around them?
Amazon purchase link: http://www.amazon.com/Butterfly-Kisses-Volume-Mia-Castile/dp/0615710603/ref=tmm_pap_title_0?ie=UTF8&qid=1368493701&sr=1-1
Goodreads: http://www.goodreads.com/book/show/15713051-butterfly-kisses?ac=1
Barnes & Noble: http://www.barnesandnoble.com/w/butterfly-kisses-mia-castile/1108327466?ean=2940015878479 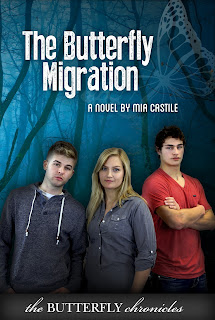 The worst day of Lacey Baxter’s life was the day her parents announced their divorce and her boyfriend Chase Livingston went into a coma. Scratch that. The worst day of her life was two months later, when he woke up and didn’t recognize her. Now, as he pushes her away, she clings to the hope that each day will be the day he remembers how much they love each other. Turning to her new BFF Byron and his circle of friends, she does whatever she can to cope with the changes. She just wants to be numb and forget about everything.

The headaches, the panic attacks, the pressure to be this perfect boyfriend are incredibly hard for Chase to bear. He doesn’t love Lacey, or at least he doesn’t think he does. Still, he doesn’t understand this strong attraction to her, or the jealousy he feels over every guy that talks to her. Losing two years of his memory means strangers think they know him and he’s not sure where he fits in. Will his memories come back over time or all at once? Should he even wish for them?

Finding each other again could be harder than either of them thought, especially when everyone knows their business and has an opinion about it.
Amazon purchase link: http://www.amazon.com/The-Butterfly-Migration-Chronicles-ebook/dp/B00CWDABKC/ref=sr_1_1?ie=UTF8&qid=1369092595&sr=8-1&keywords=the+butterfly+migration+by+mia+castile
Goodreads: http://www.goodreads.com/book/show/17313481-the-butterfly-migration?ac=1
Barnes & Noble: http://www.barnesandnoble.com/w/the-butterfly-migration-mia-castile/1115380226?ean=2940016499130
Coming soon:
Cambridge Meadows (A novella)
Chasing Butterflies (Book 4 and final book)

The Butterfly Migration is written by Mia Castile and released on May 21st, 2013 by Entwined Publishing.

I was Given an eARC of this book to review.This is not the First book I've read by Mia Castle and certainly will not be the last. When I first started this book the name of the facebook type group for their high school reminded me of a movie I had seen on ABC family months ago.You meet Lacey,Lana,Her friends,Chase, Henry and others and realize she doesn't quite fit in with the other kids at school..especially the boy Henry that she has liked since Kindergarten.Henry...Well Henry and I dont get along...Im joking but honestly I just couldn't stand him.I loved Chase..He's a stand up guy.

In this book you will see Lacey find herself.I think we have all felt like Lacey in high school..wanting to pretend we are something we are not.She is an amazing Young Adult she doesn't see herself as such but she is.This book does contain some mature subject matters but I was warned and honestly..I really dont feel it needed a warning as the book was well written and the events were well played out in the story.Its a wonderful to story that unfolds....I found putting the kindle down was not an option.Im am very much looking forward to book 2,Butterfly Kisses.I hope to read more about all of the characters.Last but not least..Trapper Keepers are awesome!

This is book worth reading and worth waiting for.Mia Castile Definitely wrote another winner and I hope you enjoy is as much as I did.

Posted by Le'BookSquirrel at 8:07 AM