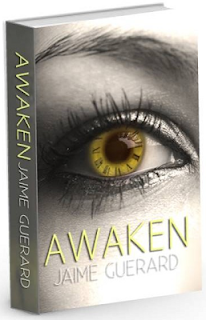 Synopsis via Goodreads:
Three things run through my mind at this very moment…

ONE, my life as I once knew it will never be the same.
TWO, the person I’m in love with might not even exist.
THREE, the deception that has unfolded before me has the power of life and death.
Sixteen year old, Breanna Davis, has heard the saying; life isn’t always what it seems…well, that saying rings true now more than ever. As horrifying visions appear before her, revealing tragedies that will forever change the fate of those she loves, she realizes that she may be the only person who can stop them from becoming reality.
Amongst the chaos of this new discovery, Bre is faced with a stranger, Eve, who moves in on Bre’s friends and begins to follow her every move. As Eve’s true motives begin to surface, Bre must fight against, not only the visions, but the dangers Eve holds close.
There is another secret kept- Collin, a boy held captive in Bre’s dreams, the boy she is secretly falling in love with but isn’t sure he even exists. As she tries to make it work with Austin, an old friend who could possibly be more, Bre battles against her feelings for Collin.
Bre is faced with an almost impossible decision, to choose her life or follow her destiny. If she doesn’t intercede, people will certainly die. If she does, her own life could be at stake. In the end, if she fails, she’ll lose everything.

Jaime grew up in a small town in Northern California. Having a passion for dance and music, she never would have thought herself to become an author.

In late 2008, Jaime found the pieces of her novel beginning to take form and a story was born. Soon she had a full novel in her hands and a writer was developed. Awaken is Jaime's first published novel. With many features still in the works, this debut novel is just a taste of the action-packed romantic thrillers to come from this aspiring new author.
Jaime now lives in Nevada with her husband and three boys. Loving life, and living a dream.

Posted by Le'BookSquirrel at 7:51 AM