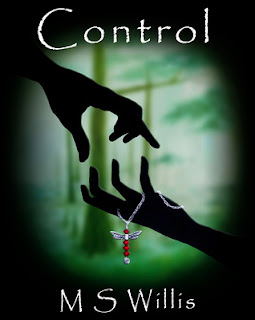 Paige Stone lived anything but a normal childhood. Having been raised around an abused women's shelter operated by her parents, Paige was a constant witness to the tragedy and heartache suffered by women at the hands of the men they trusted. Out of refusal to ever allow that to happen to her,... Paige built walls around her heart at a young age. Those walls were only fortified when tragedy struck on her sixth birthday and took from her the only friend and love she knew. Now at 22 years old, and working as a private investigator, Paige is driven by a deep need for strength, independence and a stubborn refusal to accept help from another person. Surrounding herself with her three best friends, Paige never assumed that the autonomy she had worked so hard to build could be challenged.

That was, until Paige met Daemon Pierce.

Mysterious, strong-willed, and breathtakingly beautiful, Daemon seemed to instantly know Paige better than she knew herself. Paige is disgusted by Daemon's reputation as a womanizer, but becomes intrigued when she is unable to discover his background. Paige's curiosity about Daemon proves to be her downfall as she is swept up in his charming and arrogant pursuit to possess her in every possible way.

For the first time in her life, Paige will struggle for control while Daemon slowly dismantles the walls she has built around herself. Only time will tell who will be victorious in their battle of wills as Daemon teaches Paige the weaknesses within herself that she never knew existed. Paige stays one step ahead in her struggle against Daemon's controlling ways, but when tragedy strikes her life a second time, she has to choose; will she put her life in danger, or will she finally accept a helping hand?

This is the Story of Paige.Paige has walls built up and keeps people out.She doesnt do relationships.She is self reliant and she doesnt need anyone.Until she meets Daemon Pierce.Something draws her to him.I enjoyed this book.The Secondary characters were great.I feel it was well written but I think it could have been a bit longer.I think the ending could have finished better.I understand there will be a book two,which I am very looking forward too.It just felt as if the ending was rushed.You had this huge event take place and then the book just sort of ended.When the event happened and I saw how the book was almost done I was like whats going on?This is the climax and yet the story is almost over,whats going on?Im pretty sure I already have it figured out just who Daemon Pierce is to Paige and how he ties into her history.I think that could have been put into book one instead of making  us wait until Book two.It was just that I needed the book to slow down or be a bit longer with all that went on I didnt get a good grip on Daemon and Paige's relationship and I think there needed to be a few more scenes with the two of them.I know it seems like im being overly critical but Im not trying to come across as that way. I truly enjoyed the book and Look forward to the next one in the series.
Posted by Le'BookSquirrel at 7:36 PM