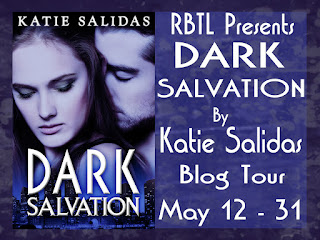 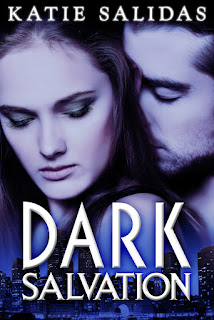 Author:  Katie Salidas
Series:  Immortalis (Companion Novel)
Genre: Paranormal Romance
Publisher:  Rising Sign Books
Release Date:   April 1st
Blurb/Synopsis:
A gathering storm of violence is on the horizon. Whispered threats of the Acta Sanctorum’s return have the supernatural world abuzz. Only recently aware of the other world hidden behind our own, Kitara Vanders has barely scratched the surface of what being supernatural truly means. A special woman in her own right, she possesses unique telepathic abilities, gifts that have recently come under the scrutiny of the Acta Sanctorum, a fanatical organization whose mission is to cleanse the world of anything supernatural. Targeted, and marked for death, Kitara’s only hope lies with the lethally seductive yet emotionally scarred warrior, Nicholas.
Knowing full well the atrocities the Acta Sanctorum is capable of, Nicholas is all too eager for the battle to begin. Fueled by pain and rage from the loss of his mate, he’s itching for a fight, but one thing stands in his way, Kitara: a beautiful dark-haired woman with unique psychic abilities and an unusual link to the Saints. Despite his resolve to remain focused on his mission, a purely physical relationship binds them together in a way neither of them expected. And when her life hangs in the balance, Nicholas finds his own is teetering on the edge too.

Kitara glanced down to the ring on her finger. The small band of gold with channel-set diamonds and sapphires had only adorned her finger for six months. She remembered the day Jeremy got down on one knee and proposed. He’d told her he was the luckiest man alive to have found her and that he’d do everything in his power to take care of her.
How could all that have changed in such a short time? What had the Saints done to turn his affections? For that matter, what other lies had the Saints told Jeremy?
After becoming a Saint, Jeremy had said vampires and all other supernatural beings were depraved creatures. That had been the start of the end for their relationship. She’d been labeled one of the unnatural creatures for the way she prayed under the light of the full moon.
She’d believed that other creatures could be evil, but not her. She wasn’t a witch or anything like that. And vampires, sure, they would most certainly be on the list of bad things. But now that she’d met one, she wasn’t so sure she agreed with that assessment any more.
Despite his abrasive attitude, that vampire – Nicholas – had showed more humanity than the jerk she’d met at the bar the previous night. He’d saved her not once, but twice, albeit in the most aggravating way possible. He hadn’t tried to bite her either. Though now that she thought about it, his mental attack on her at the club might have been exactly the kind of thing Jeremy had warned her about. Thankfully she’d been able to ward him off. The echo of a headache still remained, a subtle reminder that if she chose to fight a mental attack, she could do it. She’d just need to make sure she could find a safe place to weather the aftereffects.
Perhaps not all Jeremy had told her had been true, but there were kernels of truth there that had her questioning everything she had known.
Vampires were real. She’d just met one in the flesh. And though she hated to admit it, his flesh wasn’t all that bad either. She’d expected to see sallow skin and a gaunt frame, something out of Nosferatu. Maybe even some crazy looking fangs. Nicholas was nothing like that. Despite his abrasive attitude, he was attractive and muscular, his dusky blue eyes were mesmerizing, and his teeth… sharp, but very discreet. She’d only really gotten a good glance at them when he smiled. And though it made her stomach turn at the idea of what he did with those fangs, she felt a twinge of excitement seeing them. A small thought crept into her mind. What would it feel like to be bitten? As soon as the thought took form, she pushed it away. That was exactly the kind of thing that invited trouble. She’d already had plenty of that.
The reality of this new information was unsettling. Vampires were obviously real. Witches were real. Jeremy had accused her of that more times than she could count. And if all of what Nicholas had said was true, and the Saints were killing all things unnatural, then she was a target herself.
That couldn’t be right. No. There was no way Jeremy, the same man who once filled the entire room with candles and red rose petals, could kill her in cold blood. 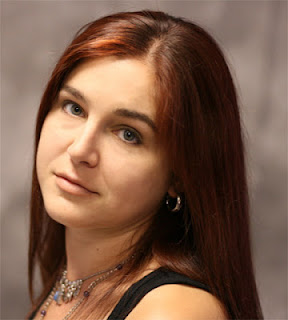 Katie Salidas is a Super Woman! Endowed with special powers and abilities, beyond those of mortal women, She can get the munchkins off to gymnastics, cheerleading, Girl Scouts, and swim lessons.  She can put hot food on the table for dinner while assisting with homework, baths, and bedtime… And, she still finds the time to keep the hubby happy (nudge nudge wink wink). She can do all of this and still have time to write.
And if you can believe all of those lies, there is some beautiful swamp land in Florida for sale…
Katie Salidas resides in Las Vegas, Nevada. Mother, wife, and author, she does try to do it all, often causing sleep deprivation and many nights passed out at the computer. Writing books is her passion, and she hopes that her passion will bring you hours of entertainment.

And Hunters and Prey Book 2 In The Series Will Be  .99

Posted by Le'BookSquirrel at 7:11 AM