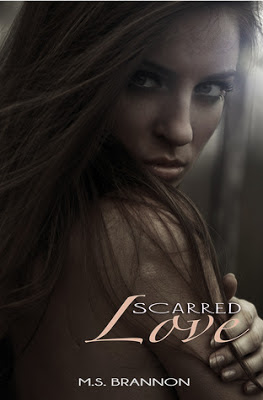 Darcie Claiborne spent several years of her young life living with a monster, always fearing what he would do next. Clasping onto her last ounce of hope, Darcie releases a scream. It’s her final attempt to live; to survive the villain of her reality. Sweeping her up in his arms, Darcie’s knight in shining armor rescues her from the hell she’s been living; from the stepfather she's feared for all those years.

Reggie Evans has been forced to grow up before he’s ready when his mother dies of an overdose, leaving him responsible to raise his younger brothers. One fateful night, Reggie jogs by an old, run down house and discovers a young girl clinging to life as she screams for help.

Three years later, Darcie is healing and always protected by the man who saved her, but now she's fighting with something she isn't prepared to face. The growing love for the man who saved her life three years ago, the same man who’s nine years older. All the while, Reggie fights to protect Darcie from the demons of her past and new ones of her present.

WOW,WOW,WOW.What an amazing story.This is the Story of Darcie and Reggie.Darcie has a childhood of Horrors and Reggie rescue's her from those horrors and takes her in.As she grows she finds loving Reggie is something that she cannot deny.Reggie is literally her Knight in shining armor.
I am amazed By M.S. Brannon,Scarred Love is her Debut Novel and she writes like a season writer.It's a wonderful,gritty story.Darcie isn't the sweet girl most characters nowadays are but she is a in your face,Don't Mess with me kinda girl.Reggie is a yum yum eat em up kinda guy.I loved the secondary characters and what a twist with Presley.Did not see that one coming and it was very well written.Loved the Racing in the storyThe age difference in character may not appeal to all but in my opinion it worked very well.I had absolutely no issue with it.In fact I had to remind myself there was an age issue. Darcie due to her violent childhood grew up faster and harder then regular kids.So age is just a number.This is definitely a book I will read again and recommend to my readers.I have to say give yourself a pat on the back M.S.Brannon.You have Talent..I utterly cannot wait to read your next book and I would still like to have more of Darcie and Reggie one day in the future.This is a MUST read and will be going on my TOP 2013 Reading list at the end of the year.

Posted by Le'BookSquirrel at 6:12 PM