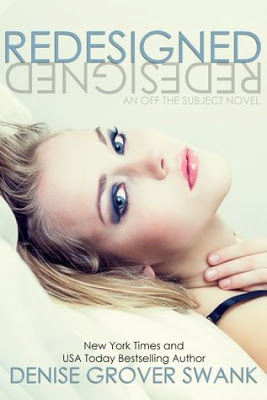 While fashion design major Caroline Hunter may have been born economically unlucky, in college, she’s been lucky in love. Until her senior year at Southern University. She’s gone from a serious long term boyfriend to a string of crappy dates.

Reed is everything she’s not looking for. Serious. Headed for a low paying university job. Boring. Caroline spent the first eighteen years of her life wondering where her next meal was coming from. She sure wasn’t getting trapped in that life again with a man living on a professor’s salary.

An encounter with Reed in a club proves she might have pegged him wrong. He brings out a lusty side she never knew she had. But just when she’s about to give in to her hormones, Reed makes a fool out of her.

When she shows up for the first committee meeting for Southern University’s Fall fashion show, a fundraiser for underprivileged kids, Caroline’s horrified to discover the insufferable Reed is the committee chairman. While she refuses to tolerate his totalitarian rule of the committee, she’s not sure she’ll survive the month with her heart—and her pride—intact. Just when she thinks she has everything figured out, she finds that her entire life has been redesigned, thanks to Reed Pendergraft.
---------------
*REVIEW*
5 STARS

I was given an ARC for an honest review

So I first fell in LOVE with AfterMath,which is Book One in this series.They can be read in my opinion as a stand alone,BUT I Highly suggest you read AfterMath first as you will miss quite a bit.Who wants to miss a great read,anyways?This is the story of Reed and Caroline.Caroline is Scarlett(from After Math's) Best friend.Caroline is so much more then she seems and so is Reed.In the beginning Reed and Caroline do not hit it off.They both are on a committee to help underprivileged kids.Caroline learns that what she used to want in life maybe isn't what she actually needs to be happy.Caroline always thought she needed money to be content due to how she grew up..But then Reed Happened...and Caroline isnt so sure of what She wants anymore.

Gosh seriously.Reed STOLE THE SHOW.He walked in there and it was like BAM let the Chemistry begin.

Whew Im still fanning myself from the bar scene.T

he sexual tension was H-O-T.There were quite a few fan yourself off scenes and boy does Denise do them justice.Denise knows how to write and she knows how to draw you in and leave you wanting more.Boy do I want more.I Utterly loved this book. This is one of those books where your eyes are glued to your kindle and you contemplate actually having to do stuff other then read.I almost had to bring the kindle in the shower with me so I could finish reading it.Its that good.Thank You Denise for writing a book I was able to immerse myself in.It is wonderful and I

feel the need to re-read It and AfterMath again.

Posted by Le'BookSquirrel at 5:04 PM