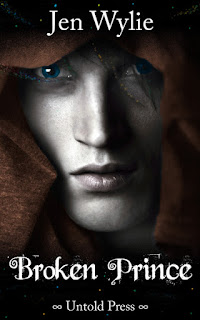 Synopsis:
Sometimes, when you're broken, you can heal on your own. Sometimes, you need the help of your friends, your family, and the people you love. Keeping those pieces together when the world seems intent on ripping you apart is the greatest challenge of all. Especially when the ones you love, the ones who hold you together, start falling apart themselves.
Arowyn and her family continue on their journey to return the Elven Prince, Shael, to his homeland before he fades and dies. A journey full of triumph and horror, love and sorrow, rips them apart with every fighting moment, and yet brings them together as a family. They don’t allow the prophecy to rule their lives. Some don’t believe, some don’t care.  Prophecies aren’t written in stone. Events can change. People can change. They are only words. From besieged cites, to the elusive Were and wild Fey, nothing quite prepares them to face their deadliest of enemies, one they didn't know existed. 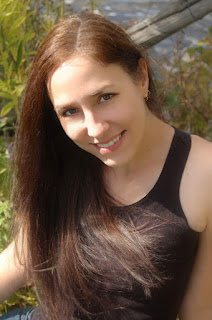 Jen Wylie resides in rural with her  two boys, Australian shepherd and a disagreeable amount of wildlife. In a cosmic twist of fate she dislikes the snow and cold.
Before settling down to raise a family, she attained a BA from and worked in retail and sales.
Thanks to her mother she acquired a love of books at an early age and began writing in public school. She constantly has stories floating around in her head, and finds it amazing most people don’t. Jennifer writes various forms of fantasy, both novels and short stories.
Links:
My website: www.jenwylie.com
My blog: http://jlwylie.wordpress.com/

Damon knelt before them.
"Will she get better? Will she…" Prince’s voice trailed off.
Her eyes locked on Damon’s face as he regarded her thoughtfully. His hand came up and she flinched as it rested on the top of her head. No pain came. She felt…nothing. If he tried to speak to her, she couldn’t hear him.
"No," he said finally. "There has been damage to the brain. There is bleeding and swelling inside."
Prince’s cry startled her, almost as much as the sudden clutching of his arms around her. "Can you do anything," he choked out. "Please, I am responsible. I can not…I will pay–"
Damon chuckled. "It is not your life that needs saving." He stared at Prince for a long moment. "I see." He shook his head. "Perhaps I was wrong and she isn’t the one. I read so few pages of the book." He turned to Kei.
"No," the Fey said. "I don’t remember."
"Pity."
"Dragos, I beg of you," Prince began again.
"The Elven prince begs, and for a human. How very far you have fallen." He looked down at her again.
Blinking up at him, she tried to get her scattered thoughts to work. She’d barely comprehended what he’d said past the inference she was dying. The words sent an icy chill through her body. Terror crawled through her, speeding her heart. Sweat broke out on her forehead and all she could hear was her increasingly frantic breathing.
Kei startled her, leaning forward over her to press a kiss to her forehead. She tilted her head back, trying to see him.
"I’m with you."
Damon’s fingers brushes her cheek, drawing her attention back to him. "Do you wish to live, young Arowyn?"
Words refused to pass her lips. Somehow she managed to nod. She didn’t know what the cost would be, certainly there would be one. Right then, she didn’t care. Rot it all, she wanted to live!
"Very well." He regarded her thoughtfully for a moment. "Dragos rarely heal others. I do know the magic, but it is difficult. Your story has barely begun. I find I would actually attempt it, just to see what you might become and how it will unfold."
He sat back and gestured to the pile of furs next to him. "Lay her down. This will take some time and I’ll need no distractions."
Prince carefully set her amongst the furs, arranging her arms so her hands rested on her chest, tucking stray locks of hair behind her ears. Leaning forward, he rested his forehead for a moment against hers.
"Get well, Arowyn."
Bo appeared next, smoothing the hair back on the top of her head and squeezing one of her hands. "You can do this, pup."
Garen pressed his wet nose against her temple. If he spoke, she didn’t hear him.
Kei pushed the wolf aside and took her face in his hands. His eyes glowed with that strange orange inner light. Tears streaked down his cheeks. Despite the awkward position he leaned down and held her close for a moment. "Remember our promises," he whispered in her. "I’m always with you." He choked on a sob and squeezed her tightly again. "I love you," he whispered fiercely before quickly pulling away.
She wished she could speak. More than anything, she wanted to tell him she loved him, too. She wanted to tell all of them she did. Tears filled her eyes and slid down her face.
Damon knelt beside her and turned her head to look at him. "I will do what I can," he said. "However I can’t guarantee it will work. I have never tried to heal a human before. Understand?"
She managed a faint nod and pressed her quivering lips together.
He glanced up and gestured the others away. "Stand back and be silent." His eyes found hers again. "Don’t fight me this time, little one. Fall into my eyes…"


Blinking once more to clear the tears away, she tried to do as he asked. Damon’s eyes were strange enough she found it not difficult to stare. They had vertical slits and no whites at all. The iridescent color was a wash of blue-green with streaks of gold and red. The colors began to swirl, making her dizzy as she tried to watch them. A comforting thrum emanated from his chest, soothing her as his power wrapped around her. Her thoughts drifted into nothing.
Posted by Le'BookSquirrel at 8:19 AM