Carry Your Heart by Audrey Bell 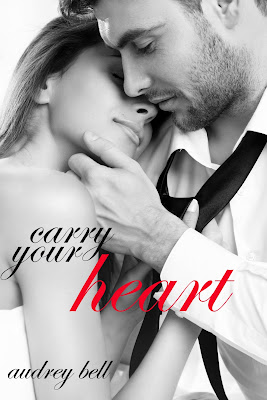 Description:
Champion skier Pippa Baker lost everything in the avalanche: her boyfriend, his best friend, and her will to win. After a year of grief, she returns to competition.

She finds more than buried memories and steep slopes in Utah. She finds Hunter Dawson, a heartbreaking daredevil with the gold medals to prove it. And she finds that his reputation doesn’t stop her from falling hard, and that her heart might not be as broken as she once believed.

Pippa knows how much love hurts when it’s gone. Will she stop herself before she’s in too deep? Or will she let herself fall?

This is a new adult, contemporary romance novel.

About the Author:
Audrey Bell lives in New York City, where she indulges her SoulCycle addiction and expresses her passionate hatred of the 6 Train. You can find her reading in Central Park, overcaffeinating at Starbucks, or trying to kidnap her neighbors’ Maltese puppy. She loves hearing from readers

Fun Facts
1.       I lost my two front teeth when I walked into a swinging door.
2.       I’m afraid of the subway and I live in New York City. I’m the most useless New Yorker you’ve ever heard of.
3.       I thought the saying “for all intents and purposes” was “for all intensive purposes” until yesterday when I misused it in an email while trying to sound smart.
4.       I wanted to be a journalist until I realized it was way more fun to make things up.
5.       I’m addicted to Amanda Bynes’s twitter feed.

“I Love It” Icona Pop
www.youtube.com/watch?v=UxxajLWwzqY

Posted by Le'BookSquirrel at 8:52 AM