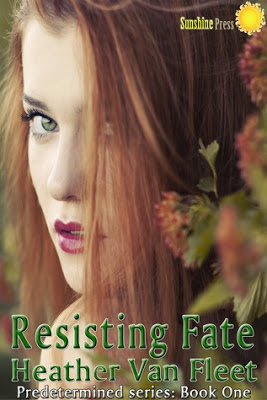 Seventeen-year-old Emmy O’Connell is the epitome of a hot mess.

Her boyfriend’s been shipped out of town to some boarding school four states away. Her step-douche is constantly drunk and badgering her. And then there’s her good-ole-mom… The lady is nothing more than a miserable shell of a woman. She’s turned off all of her feelings and her ability to be a good mother as well, leaving poor Emmy and her four year old brother Jamie to suffer. Life couldn’t get much worse, right?

The jerk cousin of her boyfriend becomes Emmy’s worst nightmare…times ten. He’s cruel. He’s insensitive. But he also has this strange little ability over her – he makes her weak in the knees with the single touch. No matter how miserable or amazing Jack makes her feel, Emmy can’t seem to deny him, especially when he takes on the role of her protector –her pseudo-knight in a black leather coat.

A knight who also happens to ride in on his black Harley, instead of a white horse…

And to make a bad situation worse…

Werewolves and teens shouldn’t mix! But what can Emmy do when she finds herself thrown head first into the center of it all. Can she handle the supernatural mess her life rapidly becomes or will she fight against the inevitable fate her heart desires?

Whew what an amazing start to a series!Resisting Fate is a story about Emmy whose boyfriend leaves her suddenly and His cousin Jack comes into the picture.Things aren't what they appear in Emmy's life and she tried to hide it.She has a hard home life dealing with her "Step Douche" Love that term and her mom who is horrible.Jack may be a jerk around her but he has his reasons which you will totally find out once you read this Awesomeness! I cannot bear to put spoilers in my review.I will not.Can Not.Will Not.
First off Heather totally Rocks this Werewolf book.I mean seriously Rocks it.Jack is hot.Don't even think about other werewolves.Think about Jack. Motorcycle  Riding Jack. Vroom Vroom. I literally was glued to my kindle reading it.It is the First Book in the series,So do not be worried when issues are not fully resolved.We get MORE!Heather has an amazing ability to transport you with her words.I was enthralled with this story.My only major issue is that it ended.I wanted to continue reading it forever!Remember there is a BOOK TWO Coming out..and I stress that you REMEMBER THAT!Amazing Work Heather and I look forward to reading so much more by you. Your amazing and Resisting Fate is an amazing story! I want a werewolf.With that I am signing out.Until the Next book in the series.That is.

Posted by Le'BookSquirrel at 8:31 AM