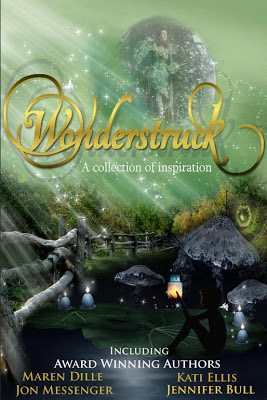 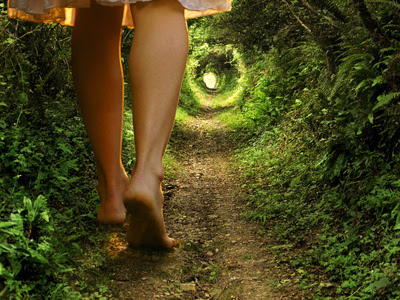 Add Wonderstruck to your Goodreads to be read list

When you look at a picture, what do you see? We gave authors around the world the challenge to write a story based on a set of five images. More than thirty authors rose to that challenge and created an amazing young adult anthology of drabbles, short stories, novelettes and novellas for you to enjoy. Flip the pages and prepare to be Wonderstruck!

Dive into a world where wind is a power that feeds the flames and love makes everything more complicated. A life where a scorned bride can cause a great deal of trouble and a place where silence as you will find out has a lot to say. Find yourself in a future where a powerful enemy can only be stopped by the most dangerous weapon of all: the truth. All of this and more lies within these very pages... Are you ready?

Wonderstruck is Clean Teen Publishing's first break through Young Adult anthology. All stories within this book have fallen within our YA rating scale, however, not all stories have young adult characters. You will find a great deal of entertainment within Wonderstruck that is appropriate for readers of all ages. To view more information on our official content rating system please visit: www.cleanteenpublishing.com

Winning Novella-
Wind Warrior by Jon Messenger (Clean Teen Publishing Author of Wind Warrior)
The sleepy town of White Halls harbors a dangerous secret. On a picturesque street, two houses down from a lovely little park, in a quaint little home with a wraparound porch, lives a family that seems rather normal. Sure, their twenty year old son, Xander, still lives at home, but he's going to college and dating the leader of the schools top sorority. It's all very... normal.  However, when a man is miraculously saved from being hit by a bus, Xander's life turns in to the living embodiment of the tornadoes he can suddenly create with a flick of his wrist. Whether he wants this gift or not, Xander must learn to use his new 'super power' quickly if he wants to survive.  For his kind is a dying race, and when this sleepy town has a sudden influx of new, blonde, fire wielders, no one is safe, especially Xander. It doesn't help that one of these blondes happens to be the most beautiful girl he has ever seen. Xander can't deny the instant connection he feels to her so, when she tries to kill him, it certainly makes things complicated. 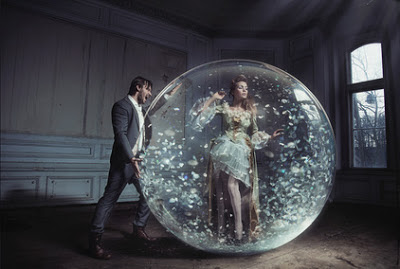 Winning Novelette-
Pastiche by Maren Dille
A punishment far worse than death awaits Alim Hamal. Sylin Incorporated has a particular sentence for their rogue assassins: uncovering the darkest moments in their subconscious, then watching as they relive them through virtual simulation. Only one assassin has ever escaped. Alim plans to be the second.

The simulation demands the truth, something Alim has kept from his employers at all costs. But as his final moments emerge, Sylin will discover that the truth is Alim’s most dangerous weapon.

Winning Short Story-
The Silent Man by Kati Ellis
I thought my time with Silence would be peaceful. Heaven knows I deserve it after all those years of raising babies. Silence, however, had a different plan. If it weren't for Marigold, I don't think I would've seen it. She introduced me to the Silent Man, and Silence, as it turns out, has quite a bit to say.

Winning Drabble-
A Lady's Revenge by Jennifer Bull
A scorned bride can cause a great deal of trouble...

Beau Barnett
Short Story~ Into Eternity
Eric, a widowed paralytic, knows he is dreaming when he sees a younger version of his deceased wife, Jessica, by a lake with his old dog. But the joy of seeing them again is replaced by the pain of knowing they won't be there when he wakes up.

Jennifer Bull
Short Story~ A Wizard's World
When Jack stumbled upon a strange jar in the middle of the forest he found the one thing he had always wanted—a friend, and now he’ll do everything he can to protect her. Born into a world unlike any other, a world within a jar, Lottie longs to explore beyond her glass home. Little does she know that even the smallest adventures can have dangerous consequences…
Drabble~ Life in a Jar
Drabble~ Round and Round I Go
Drabble~ Once In a Blue Moon

Liana Chau
Drabble~ Ahead and Beyond

MeMe Collier
Short Story~ The Fairy Jar
Gracie doesn't believe in magic. Disillusioned by their mother's abandonment, she dismisses her younger brother, Brennan's, claim that he's caught a fairy. But as the invisible Ileana works in her family's lives, memories of their mother's fairytales tug at Gracie's mind. They call into question everything she's come to place her faith in, making her wonder if magic really does exist and if love still lives on after loss.

Lisa Goldman
Short Story~ Oafish Me
In Oafish Me, teenager, Misty, considers herself a social outcast—an oaf—as her classmates remind her every opportunity they get. When Drake, a charismatic and gorgeous new student, stays by her side through their constant ridicule, she discovers she not only longs for a friendship with him but for the first time, a relationship. With her raw emotions on the line, she accepts his invitation to go out but when he takes her to a secluded wooded area, she starts to question if he is her knight in shining armor or her worst enemy.

Sacha Hope
Novelette~ Glass Heart
Wolt is a brilliant scientist trying desperately to cure his wife's condition. Doctors suspected she had a type of cancer and their medicines offered little help to the ailing woman. Wolt finds a way to buy time for his wife, but his experiment turns her into something else altogether...

Erin Liles
Novelette ~ Outside the Walls
Outspoken, seventeen-year-old Jenna hates the settlement she lives in where disagreement is frowned upon. Fed up, she leaves one day, and meets a group of outsiders, only to discover that her home and family are in danger. It is up to Jenna to save them and in doing so, discover what is really important.

B.T. Lyons
Novella~ Heartkeeper Short Story
It only took fifty years for humankind to plummet from the turmoil of a population of ten billion people to a struggling group of two billion trying to figure out how to survive in harmony with the Earth. Under a new, peaceful societal structure, people have relearned their connection with the Land and the spirits of nature that live there. Young Adain has just reached thirteen years of age, and must undertake the dangerous Heart Chase to secure the spirit of an animal that will act as his conscience and companion for the rest of his life. It will be a year of trials and challenges, but the risks to the People may be even higher as someone else binds with an animal spirit that may not have their best interests in mind...

Short Story~ Peace
London in the late 1800's is a dirty, chaotic, and above all, loud place embroiled in a scientific war with neighboring France as each strives to outdo each other with technological wonders. A young married pair of university professionals finds themselves at odds over the benefits of this war: Nigel only wants to see England prevail – preferably through his own inventions – whereas his wife, Christine, dreams of quiet and a natural world that she has only seen in storybooks. Enter a street-side vendor offering “Peace In A Bottle”; this might be the answer to Christine's greatest desires, but it could be the beginning of Nigel's worst nightmare.

Julie Marcinik
Short Story~ The Executioner
Vivian Fletcher has a gift that’s given her a special place in the kingdom—the King’s personal executioner. Everything and everyone she touches dies. When she finds out that the world she’s living in is full of lies and turmoil, she’ll have to accept her gift and use it to right the wrongs.

Miranda Maurin
Short Story~ The Dance of Time
Tabitha and Carter are a little too daring when they run through a tunnel to investigate the mysterious music they heard while running through the woods. The cave is well lit, and the dance looks fun, but they can't seem to stop.

Ifeoma Ofuani
Drabble~ He Would Be Great

Paula Phillips
Short Story~ Skye in High School Wonderland
It started out just like any normal day for high school Plain Jane Skye Salisbury until tragedy strikes her school and out of nowhere, a glimmering hole appeared. The question on everyone's minds is—what lies at the bottom? Will it be another world or a different dimension?

Jocelyn Sanchez
Novella~ A World Unlike Mine
What would you do if you could see magical creatures from the early age of five? Well, for seventeen-year-old Tasha it gets pretty difficult when a fairy prince named Thomas appears with news that will change her life forever. But with the help of her best friend and pixie, Seamus, Tasha will find her place in a world so unlike hers. Will she rise to the occasion and become who she was destined to be?
Drabble~ Night
Drabble~ Darkness and Light

Cindy Saunders (Clean Teen Publishing Author of Double Star)
Short Story~ Nirvana
She looked at the picture she’d painted many years ago. It was a magical place—a place inspired by her dreams. Though, tonight it almost seemed... alive, as if it were calling to her.

Posted by Le'BookSquirrel at 8:47 AM