*REVIEW* I Love You To Death By Natalie Ward 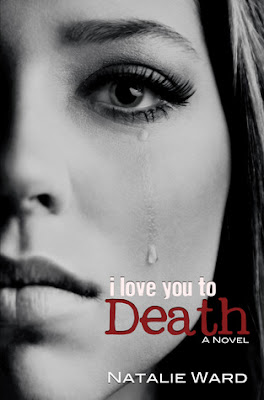 I Love You To Death
By Natalie Ward
Publication Date: September 27, 2012

When Ash loses her boyfriend, she is consumed by grief, loneliness and an overwhelming sense of guilt for her role in not only his death, but the deaths of everyone she has ever loved. Refusing to let anyone in for fear of losing them too, she becomes withdrawn, spending her days reliving the nightmares from her past.

Until she meets Luke.

Initially scared by his intensity and interest in her, Ash tries to push him away. But as Luke slowly starts to chip away at the walls she’s built, Ash finds herself doing the one thing she swore she’d never do again — falling in love.

When the familiar feelings Ash had hoped were long buried with her past begin to resurface, she is forced to ask herself if falling in love again is really worth the risk.
----------
REVIEW
5 STARS
I cannot believe I hadn't heard of I Love You to Death sooner then this. Its like Gosh I want to say Heaven in a book but its so darn emotional that its like Heaven and Hell combined.I have never in my life had my emotions affected liked this by a book.I was crying..and Bawling over Ash's Loses.I cannot even began to wrap my head about the emotional turmoil that is I Love You to Death.Natalie Ward is just amazing.Simply amazing.She nailed this book.She nailed the emotions,The pain,The love,The reawakening from mourning.There is literally nothing I can say that this book did wrong...other THEN END.That I was sad about.I wanted MORE.Natalie...Im begging you..write a Novella if you can't write a sequel.Put me out of my misery.I NEED more Ash and Luke.Natalie is a Top Notch Writer and one You do not want to miss.I highly highly suggest reading this.However have tissues handy.Great Job Natalie Ward.I look forward to reading more of your work.
Posted by Le'BookSquirrel at 11:21 PM