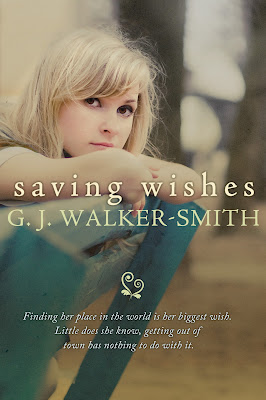 For Charli Blake, being seventeen is a tough gig.
She's been branded a troublemaker, her reputation is in tatters and she's stuck in Pipers Cove, a speck of a town on the coast of Tasmania.
Thankfully, it's temporary. Her lifelong dream of travelling the world is just months away from becoming reality. All she has to do is ride out the last few months of high school, which is easier said than done thanks to a trio of mean girls known as The Beautifuls.
When Adam Décarie arrives in town, all the way from New York, life takes an unexpected turn. His arrival sets off a chain of events that alters her life forever, convincing her of one thing. Fate brought him to her.
Saving Wishes is the story of a girl who doesn't quite fit the life she's living, and the boy who helps her realise why.


EXCERPT:
Alex’s smile disappeared along with her, and an eerie silence set in. It was as if we’d all witnessed a terrible train crash and were too shocked to speak. I could feel his glare but kept my eyes on the front door.
“You have ten seconds to explain,” he informed me.
I punched out the explanation so quickly, I had five seconds to spare. I could almost see his mind ticking over as he processed my confession.
“Of all the stupid things to do.” His reproach was warranted, and defending myself would only have added fuel to an already raging fire. “You’re like a mini terrorist. Are you trying to get us run out of town?”
Gabrielle’s tried to stop a giggle escaping. I turned my attention to Adam
“I think it was ingenious,” he murmured, revealing the dimple on his cheek.
“You are too easily charmed,” complained Alex, waving his hands as if he was showcasing the major prize in a game show. “Charli Blake is the kind of girl your mother warned you about, Adam. Nothing but trouble.”
So much for defending me to the death! If he hadn’t been so worked up it would have been funny. The only people in the room game enough to see the humour were those of French lineage.
“I would be more than happy to claim her,” Adam told him.
“Me too,” added Gabrielle, much to my surprise.
Alex shook his head. He marched to the front door and flipped the sign, declaring the shop shut for the rest of the day.
“Are you closing?” asked Gabrielle, checking her watch. “It’s early.”
“I’m done. If I don’t get out of here, I might explode,” he muttered, pushing past me to collect his coat.
I knew Alex was close to breaking point. Escaping the café before he had a chance to lock the door seemed like a good idea. I reached for Adam’s hand. “I’ll see you later.” I moved quickly, giving Alex no chance of calling me back. Adam turned to face him as we reached the door.
“I’ll have her home early.”
“I honestly don’t care,” Alex said wearily.
He sounded broken. For a horrible second I wondered if I’d finally pushed him too far. Perhaps in the process of slaying the Beautiful dragons I’d accidently assassinated my white knight too. I peeked at my brother. “Do you mean that?” My voice was small because I feared his answer.
Alex looked back at me for a long time. He didn’t look angry any more, just beaten. “No,” he said simply. And I believed him.


I fell in love with this book when I read the summary of it.Then I feel in love with it even more when I read it.Saving Wishes takes place in Piper's Cove on the coast of Tasmania.Charli is your typical teen that has some issues.She has been branded by the town for something that should never have come to light.Adam is a New York Boy that is visiting his sister that Charli cannot stay away from.There relationship gets serious pretty fast.This book has some unexpected twists and some great romance.I would totally suggest this to anyone who wants a great read.Im anxiously awaiting Second Hearts By GJ Walker-Smith.If you don't read this you will seriously be missing out! 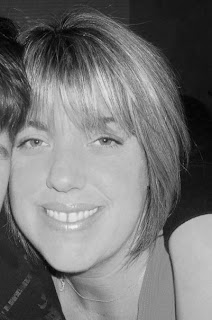 I love any kind of travel, especially when it's decided on a whim. The last time it happened, we ended up in West Africa. Luckily, I have a fantastic husband and three gorgeous sons. I'd go anywhere with them.
My day job used to be in the stressful world of property management, until I realised I'd rather write books and raise my babies.
I live in Western Australia, have an egotistical French bulldog, a love for really good coffee and a million stories in my head that I hope to get into print.
Posted by Le'BookSquirrel at 9:47 AM