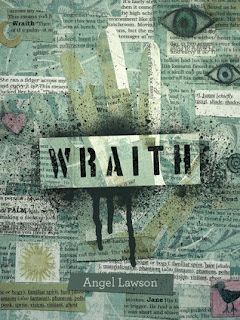 Freak. Weird. Crazy. These are the names tossed around seventeen-year old Jane Watts by her fellow classmates. But things aren’t always as they seem. Sometimes there’s a reason for talking to yourself in the hallway at school.

Jane struggles with adjusting to her new home and school after an abrupt move. She wants one thing in life—to be like everyone else at school, but that’s hard to do when you’re the new kid. But she does manage to make one friend, Evan—he’s sixteen, charming, and protective. Everything a girl could want in a best friend…with one minor caveat.

Caught somewhere between life and death, Evan is tied to Jane and the living world unable to complete the journey to the other side. She thinks he’s here to be her friend, to take care of her, and that’s why no one can see or hear him.

That is until a new boy shows up at school after a rumored stretch in Juvie. Connor can see Evan and he’s not convinced the ghost is being completely honest. From his own experience ghosts tend to need something from the humans they connect to and Evan, despite his arguments isn’t any different.

Jane is resentful of Connor’s intrusion but realizes soon enough he’s right. Evan has secrets about his past and not only did his life end tragically but members of his family are still in danger. Jane must face her fears and battle Evan’s human demons to free both of them.

My only complaint with Wraith is that it had to end.This is the first book I have read by Angel Lawson...From what I have found this may be her debut novel..Dont quote me on that though.You first meet Jane and Evan in class with Evan pulling her hair..When Connor actually see's Evan who is a ghost everything goes from there.I feel in love with Jane and Connor and their blossoming relationship.Two people who needed each other the most found each other..Jane put up a bit of a fight but its wonderful how it plays  out.While reading the story you see why Evan is still a spirit walking around and just why he needs Jane's help and why Jane needs Connor's help.Wonderfully well written!I would love to see this become a series and watch Jane and Connor's relationship with themselves and Ghosts Mature.Please keep writing.Im very eager to read more of your stories!
If you would like to read the book you can pick it up HERE on Amazon.Wraith is also on GoodReads.

Posted by Le'BookSquirrel at 6:25 PM