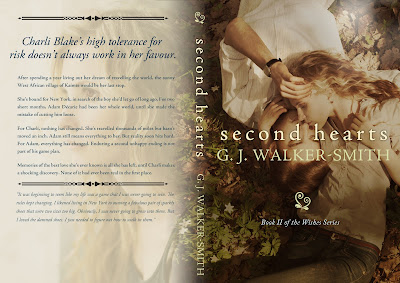 Charli Blake's high tolerance for risk doesn't always work in her favour.
After a year of living out her dream of travelling the world, the sunny West African village of Kaimte would be her last stop.
She's bound for New York, in search of the boy she'd let go of long ago.
For Charli, nothing has changed. She's travelled thousands of miles but hasn't moved an inch. Adam Décarie still means everything to her.
But reality soon hits hard.
For Adam, everything has changed.
Memories of the best love she's ever known is all she has left, until Charli makes a shocking discovery. None of it had ever been real in the first place. 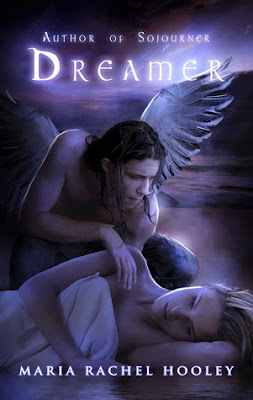 
Cassie Williams is your typical seventeen-year-old. She loves her friends, the beach, and loves being in love. But Cassie is different in one way--she's dying, and she's afraid. Still, she's never alone. Her guardian angel, Legend, has been watching over her. He knows her fears, and in an effort to make her last months on earth count, he takes on a human form. While Cassie loves being in love, she's never really been in love, and neither has Legend. Both of them are about to discover perfect moments of an imperfect world both the grace of an angel and the hopefulness of a human in spite of a future all but bereft of possibility.
GOODREADS
http://www.goodreads.com/book/show/17404024-dreamer
AMAZON
http://www.amazon.com/Dreamer-ebook/dp/B00C4P7PHA/ref=sr_1_1?ie=UTF8&qid=1365191643&sr=8-1&keywords=dreamer+maria+rachel+hooley 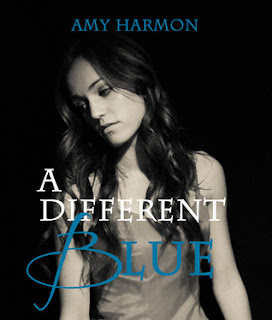 Blue Echohawk doesn't know who she is. She doesn't know her real name or when she was born. Abandoned at two and raised by a drifter, she didn't attend school until she was ten years old. At nineteen, when most kids her age are attending college or moving on with life, she is just a senior in high school. With no mother, no father, no faith, and no future, Blue Echohawk is a difficult student, to say the least. Tough, hard and overtly sexy, she is the complete opposite of the young British teacher who decides he is up for the challenge, and takes the troublemaker under his wing. 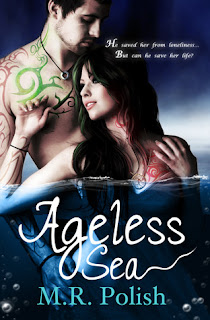 Banished for a crime she didn’t commit, Karis must learn to live her life alone – and in a that’s not her own. Cursed on an island of loneliness, forced to endure nearly a century without a friend, the woman once destined to be Queen must find a way to return to her world and save her people from an evil influence.

After many years, one man is strong enough to survive the cursed barrier that keeps her from leaving the island. She needs him so she can return to her world; he needs her to put together the pieces of his broken memory. Side by side, Brady and Karis feel their loneliness slip away.

Every day their love grows stronger, but will their bond survive the battle between worlds? In Book One of The Ageless Series, M.R. Polish takes readers into a world where myths are real, deception lurks in the shadows, and destiny brings two lost souls together to fight as one. 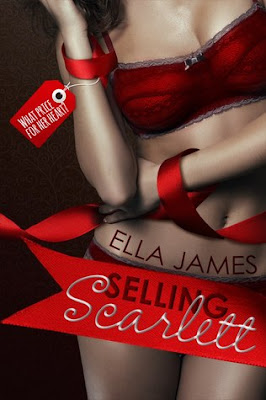 Scarlett DeVille doesn't belong at a party like this: one where the gowns cost more than her Camry and the cigars are worth more than her grad school textbooks. Dragged by her best friend to the home of a playboy bourbon heir, Scarlett is merely playing dress-up, rubbing elbows with the California elites that banished her troubled family years ago.

After ten years of nonstop debauchery, Hunter West has finally managed to screw himself. One night three months ago, Hunter was in the wrong place at the wrong time, and when something awful happened, he was too damned drunk to stop it. With the FBI on his tail for a crime didn't commit and a blackmailer in his bed, Hunter is in noose-deep; his hands are tied—behind his whip-sore back.

When Scarlett stumbles into Hunter's den of vices, she's a light in the darkness, a flame in the void. And, just like everything else he touches, Hunter mars her in a record time. To rectify the damage done, Scarlett needs money she doesn't have, and she's come up with a foolproof way to get it.

Follow Scarlett to the lush Nevada brothel where she'll auction her virginity and risk the only thing that's not for sale: her heart. The highest bidder is a familiar face, with wicked hands and the devil's mouth—and a secret so dark that it could cost her life.
ADD TO GOODREADS
http://www.goodreads.com/book/show/17379508-selling-scarlett
No Pre-Order Amazon Link Yet


Amanda Bennett Author of Misguided Heart Has a New Book called This Love of Mine.Cover is TBR.


This Love of Mine
By Amanda Bennett
Release Date April 18, 2013
Synopsis:
I needed an escape. An escape from my momma, a woman who cared more about herself than her own daughter. A woman who couldn't stand the sight of me since my father left. A boyfriend who was nothing but trouble. Trouble that I couldn't say no to.

Unfortunately, leaving them both would prove to be either the best decision I could ever make, or the biggest mistake of my life.

My plan was to escape to the one place I always felt safe. A place here life is simple and quiet, and a place where I could finish my senior year of high school unscathed. Abernathy, Texas was my second home, and my grandparents were the parents I aways wanted. There was no one around this one horse town to complicate my life any further, or at least that's what I thought. That was, until I met Madison Raine.

He held the power to turn my peaceful escape upside down and inside out with just one look. He was beautiful, in every sense of the word and with that beauty, came trouble. There were a million reasons why I should stay away from him, but none of them seemed to matter when I caught sight of those emerald green eyes. It was becoming clear that staying away from Madison would be harder than I had anticipated.

A past like mine never fully disappears, until you find yourself faced with the irreparable truth that sometimes you have to take matters into your own hands, consequences be damned.

Kayla James (KJ) was everything I never knew I wanted. This was the last summer I would be on the farm before I headed off to college, and meeting her was the last thing I expected. I didn't know what had brought her here, and I honestly didn't care. I had my own things to
with and a wasn't one of them. Little did I know that this girl, would wind up being exactly what I needed in every way possible.

Life hasn't always been easy, and telling my grandparents that I was in another state was going to be the death of me, but it was something I needed to do. I needed a life outside of Texas, one where no one knew who I was or what I had lost. Between baseball and my band, I thought I had it made.

All it took was one look into those baby blues and I was a goner. I ended up needing her like I needed air to breathe, and everything inside of me wanted to be with her regardless of the outcome. How do you choose between love and life, and convince the one person who trusts no one, to take a chance on you?

(This is book #1 of three in The Raine Series. It contains mature language and situations)

Le'BookSquirrel Wishes to Congratulate Ella James,Amanda Bennett,M.R Polish,Amy Harmon,Maria Rachel Hooley and G.J Walker-Smith On your New Releases and Upcoming Releases.I wish you nothing but the best!These are Books you will want to add to your list of Must Reads!!
Posted by Le'BookSquirrel at 7:07 PM