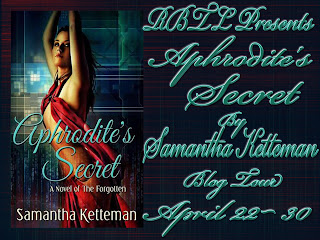 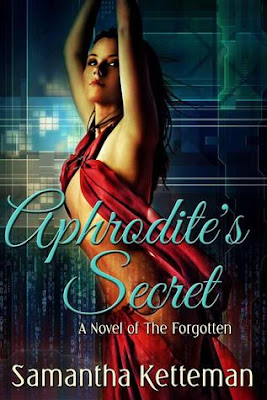 Kaira, still reeling from the loss of her younger sister in a tragic boating accident, lives in the dark world of exotic dancing for survival. When one man enters her life, her world is turned upside down and inside out, where reality and fantasy seem to intertwine.
Kaira feels the eyes of a striking man watching her every move on stage. Zane is a scarred man with many secrets, one of which is the knowledge of who and what Kaira really is and the danger she will face.


While Zane fights a subconscious battle about what to tell her and whether he cares enough to get involved, another has noticed her as well. An Ithacan, sent to destroy her for what she is and take her powers to the God that has commanded all Forgotten be exterminated. The God intends to absorb her powers and rule absolutely.
Before Kaira realizes what is coming for her, she finds herself tumbling into a world where a scarred man that she is inexplicably attracted to will become her only hope. A hideous creature, one such as she’s never seen, is hunting her and trying his best to destroy everything and everyone she knows to get what he wants for his Master, and only Zane knows why.
While Kaira thinks it coincidence that Zane shows up at the club the girls like to frequent after work, Zane uses the planned interception to explore the pull that he feels towards Kaira, when he has cared for no one but himself for so many years. After finally meeting, Zane notices that the Ithacan has also followed and as their eyes meet, they both know that the battle for her soul will come; who will win is less important as the insistence Zane feels to tell Kaira who and what she is before she ends up like her sister.

Question 1:
Where did you come up with the Idea for Aphrodite's Secret?
I’m not really sure. I know that’s a lame answer, but it just came to me one day. I have always been interested in greek mythology; I even took LATIN in high school, which turned out to be a big mistake, because I was upset that the whole class wasn’t going to focus on the mythology aspect. When I knew I wanted to write a book, I thought about the Greek mythology and the idea just formed. I bounce many, many ideas off of my best friend and sister of the heart, and she helped me in my times of writer’s block. Really, this book belongs to her as well.
Question 2:
Who is your dream cast?
Oh, this could be fun! Let’s see….. For Aphrodite, I would love to have Jessica Beil (Did I spell that right), because I think she is absolutely beautiful, and could have the grit needed for the stripper role. For Zane, it would be a toss up….. I absolutely love Gerard Butler, but I think I would go with my second love, Johnny Depp. I would love Halle Berry to play Jasmine, because she is ethereal and can play the gritty role as well as the smart-ass that Jasmine is.
Question 3:
What is your favorite book?
I can’t just name one. Can anyone? I have many favorites. I love Jeaniene Frost’s Night Huntress series, I loved the early BDB books, and I am a huge Gwen Sparks fan. I was so excited to find out she was an indie! I felt like a total groupie.
Question 4:
What made you want to start writing?
Actually, I’ll be honest on this one. I have always had stories in my head, but never felt like I would be good enough to actually put them out there. Then, I read a really bad book. I know I shouldn’t say that, but it’s the truth. I thought, if this person got they’re book out there, I can write so much better. Maybe it was time to try my hand at it, and if it sucked, well, then, at least I wasn’t afraid to do what I had only dreamed of doing for so many years.
Question 5:
Last but not least, if you could meet 1 famous person who would that be?
Hmmm…… I think I would LOVE to meet Zane, my character. I know he’s not famous…. Yet. LOL. Seriously though, that’s a tough decision. I think I would love to meet Jane Austen. I’m in love with everything she wrote and I think that she could teach me so much. 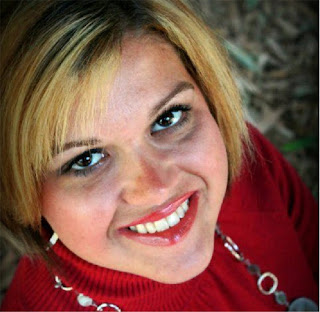 Samantha Ketteman has resided in southern Illinois for 7 years, (though still claims to be an Alabama girl), with her husband and three crazy demon children. She started reading novels at a very young age and decided two years ago to write for herself. She is working on The Forgotten series, as well as two others. She is a caffiene addict, insomniac, and general basketcase most of the time. When she's not writing, she's thinking of writing, much to the chagrin of her husband who has to listen to her paranormal ramblings.
Where to Find Samantha :)

*Review To Come*
Posted by Le'BookSquirrel at 7:15 AM