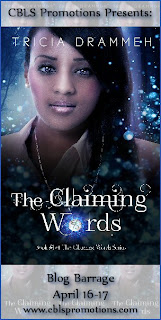 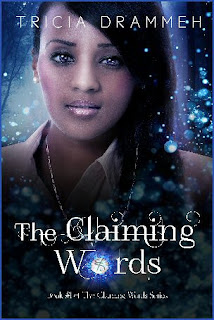 Blurb
The Alexanders have always kept their secrets hidden…

When sixteen-year-old Jace Alexander moves to the small town of Oaktree, Georgia, he attracts the attention of every girl in school. Shy, introverted Alisa Cole immediately casts Jace in the leading role of her latest fantasy, but she assumes he’ll never return her interest. After she saves Jace from a Hunter, everything changes. Her accidental discovery of Jace’s secret propels her into a world of magic and danger. Alisa’s newfound courage is put to the test when Jace introduces her to his intimidating older brother, Bryce, and she decides she would rather battle a Hunter than endure another moment under Bryce’s intense scrutiny.

Jace and Bryce aren’t the only ones with secrets…

Rachel Stevens is the girl who has it all. She’s beautiful, popular, and in possession of an ancient power which endangers not only her, but those sent to protect her. Jace is drawn to Rachel—and he isn’t the only one. The Demon Re’Vel will do anything to claim her—even if it means waging a war with the entire Alexander family. As layers of secrets are peeled away, revealing the truth of her heritage and her family’s betrayal, Rachel struggles to resist an immortal suitor who stalks her in her dreams. With the Alexanders fighting to protect her, can Rachel escape the power of the Demon and his Claiming Words?

“Rachel, I’m not turning this car around just because you forgot something. What could possibly be so important?” My mother’s clipped, irritable tone would normally make me back down instantly, but I couldn’t afford to lose this particular argument.

“I need to…” I trailed off as I watched the figure draw closer to our car. I could feel his eyes on me and the pull at my magic as it came closer. My heart beat wildly and sweat began to gather on my upper lip. The Alexanders warned me about Hunters, but I’d never really believed them—not until now.

“If you need something, you’ll buy it here, or you won’t have it. Understood?” She opened the car door and grabbed her purse. I wondered if a Hunter would dare attack me in the crowded Wal-Mart parking lot. Prickles of fear shot up my spine, and I decided I didn’t want to find out how persistent a Hunter could be.

“Wait!” I shouted, grabbing the strap of her purse and nearly causing it to break. “I…” The Hunter was so close now; I could make out the ragged outline of his tattered clothing. He slipped in between parked cars and crept closer. I cursed myself for having left my necklace at home. I knew my request to drive twenty miles back home seemed absurd to my mother, but I couldn’t afford to travel all the way to Atlanta without it. If the Hunters could find me here, they could find me anywhere.

My mother’s furious gaze settled on me, and in times past, I would have stammered an apology. Opening and closing my mouth in helpless desperation, I glanced behind me; the creature was so close, I could see his glowing red eyes. Clutching at my mother’s arm, I vowed that if I escaped my present danger unscathed, I would never doubt Jerica’s warnings again. Panic emboldened me, and I met my mother’s angry stare.

I delved into her mind, felt our connection click into place, and overrode her will with minimal effort. “We must return home. You left the iron on,” I lied. Her eyes widened as the implanted notion took root.

She gasped. “Oh, my goodness! Rachel, I think I left the iron on. We’ll have to go back home. Call your brother and tell him we’ll be a little later than we expected,” she urged as she slammed the car door shut. Another mental nudge from my mind had her peeling out of the parking spot, nearly hitting the Hunter as we passed him.

I trembled from head to toe during our drive back home and my shallow breathing made me feel light-headed. Scanning my surroundings, I flew into the house, grabbed my necklace, and fumbled with the clasp as I placed it around my neck. In an instant, my panic subsided, and I took a deep breath.

“Was I right? Did I leave the iron on?” Mama asked as I climbed into the passenger seat.

“Yes. It’s a good thing you remembered,” I said.

“It certainly was a blessing we decided to stop off at Wal-Mart, wasn’t it?” she asked. I nodded in agreement. It was a blessing. Had we made it to Atlanta without my necklace, I’d have been a Hunter magnet for a week. And, had one caught up with me, I never would have made it back to Oaktree. At least not alive.

About the Author
Tricia Drammeh is a wife and a mother of four children. Although she currently lives in Missouri, she has called many places home, including Georgia, Ohio, and California. She’s worked in retail, customer service, sales, and accounting, but writing has always been her dream career. When she isn’t writing, she enjoys reading, drinking vast amounts of coffee, and spending time with her family and the multitude of animals who have taken over her home. Tricia is currently working on her sixth novel.

Posted by Le'BookSquirrel at 7:53 AM