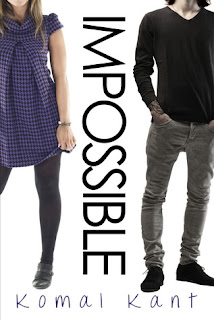 Ashton Summers is on her way to becoming the most popular girl in school and nothing—or no one—is going to stand in her way. Especially not Luca Byron, her freak neighbor, with his tattoos, loud music, and distracting green eyes.

Luca Byron has three goals in life: get through high school with a low profile, make sure his garage band becomes something more than a hobby, and try to forget about his insufferable ex-best friend, Ashton, who he can’t get out of his mind.

The last thing Ashton and Luca want to do is rekindle their friendship, but when Ashton takes a tumble down the social ladder, Luca—with his new makeover—is the only one who can help her rise up again by pretending to be her boyfriend. At first, being together is unbearable and annoying, but things start to change as Ashton and Luca discover the real reasons they drifted apart seven years ago.

Now, keeping their hands off each other seems impossible.


This book is recommended for Mature Young Adult readers 17+ due to language and sexual content.
-----------------
REVIEW
5 STARS
Impossible,Was a book I read ironically right after I read Falling For Hadie.Which shows you that you do not need to read them in order.I will admit I had a hard time liking Ashton in the beginning.She was mean.She was cruel.I said self..there is no way possible that you can like her.Well I was wrong.Because I did end up liking her once she made some major changes.Luca and Ashton both grew up together but grew apart during the years due to tragedy and them running with different crowds.Ashton is a very popular girl,Your essential mean girl  and she is knocked down a peg and is pretty much a social leper now. Luca is her neighbor.He is your essential rocker and dresses like a rocker does.Eventually Ashton and Luca see eye to eye after quite a bit of fighting.Once they do its amazing.
I have said it before and I will say it again.Komal Kant knows how to write.Reading her work is amazing.Its the Unless the house is on fire or the kids have an emergency then do not interrupt me good.I look forward to Komal's next books.Seriously I'm not sure what anyone is waiting for.Read this.Move it on up your To Be Read list.Do it!It is so worth it!Another job well done Komal.

Posted by Le'BookSquirrel at 9:43 AM