*Blog Tour Stop* For You By Mimi Strong W/Giveaway!

Book Description
I should have known by the tattoos that Sawyer was trouble. My mother always said to stay away from boys with ink, but she ignored her own advice. She also abandoned me and my little sister.

Life's been hard for the two of us, on the run and on our own, but I just turned twenty-one and started working at a bar in a new city. I wear a fake wedding band and a veil of lies.

My gold ring didn't stop Sawyer. He looked into me with his heavenly green eyes, and I nearly forgot my pretty lies. Now he wants to help me get my life together.

I should stay away, because he could blow my cover. When we get found—and I know one day we will—I want my sister to be old enough to handle the truth about our past.

I may be hanging out with Sawyer, but we're definitely not dating. I swear, he's not setting me on fire with every glance or casual touch. We're just friends. I'm not thinking about him wrapping those tattooed arms around me, every second of every day.

1. I don't get a crush on my leading men every time, but I sure fell for Sawyer. How bad was this crush? Let's just say there was a guilty confession made to my husband.

2. Some beta readers asked me if the infamous maple syrup scene might be taking it too far. I'm sure for some people, it was. However, is there anything more exciting than hearing an artist you enjoy saying the phrase, “I took a risk”? I have a musician friend who pointed out that I'm quite brave with my work. Trust me, I don't always feel brave, but I'm willing to take risks.

3. The original title was Forget You, for all of about a day. The other people I tested the title on didn't really “get” the title, plus it seemed a bit aggressive, like the Cee Lo Green song. I knew that the simple title might be hard to find using a search engine, but I enjoyed it so much, I used it anyway.

The man at the counter didn't say a word to me, either. He barely took his eyes off the TV sitting at the side of the counter.
When I got back to our pool table, Sawyer was using the Lady Helper to make a shot.
“No way,” I said. “You're using the Lady Helper? I wanted to use that five shots ago, but I thought you'd make fun of me.”
He tapped the cue ball gracefully, sending it arcing around one ball and gently into another, which ricocheted into the pocket as if programmed.
He said, “No shame in using the tools you have, or taking assistance.”
“How zen.”
“And this isn't a Lady Helper.” The stick had a metal waving bit at the end, and Sawyer held it up proudly, like a trident.
“What do you call it?”
He grinned. “I call it The Fucking Thing. As in, hand me The Fucking Thing already, so I don't bend over and give all you perverts a good view of my ass.”
I laughed into my hand.
“So that's what it takes to get you to laugh. A couple of swear words, and the mental image of my ass on display.”
“Gimme the stick. I paid for an hour and I want my money's worth.”
As I reached for the cue, he jerked his hand back. “Gimme?”
“Please and thank you.”
“That's better.” He turned around and pointed to the purple ball. “Now sink that in the corner pocket.”
“I'm still solids? Because I see at least three shots that are easier.”
“I know. But you won't get any better taking the easy shots. You may as well be at home baking cookies for your daughter.”
I inhaled sharply. My daughter. My lies sounded so much worse on someone else's lips.
Getting in position for the shot, I realized I had to bank the ball, so I moved around the table. As I shifted past Sawyer, the back of my legs brushed against his. We'd only touched when riding the motorcycle, and the brief contact made me keenly aware of his body. His energy. The mass of him, tall and masculine, inches away from me.
His voice low and husky, he said, “I know I promised not to do this, but I have to. Do I have your permission to get in here and help you.”
“Yes.”
Slowly, he positioned himself just behind me and reached his arms around me. I wasn't scared or upset, because it was Sawyer, and I trusted him. His hot hands looped over mine on the cue, and his heat radiated into my side. His breath hot on my ear, he murmured, “Easy.”
I swallowed and tried to focus on the shot, and not the feelings bubbling up inside me.
“Easy,” he repeated.
“Easy peasy,” I said.
“More like easy does it.” He moved the cue back and forth with authority. He was so good, it made me appreciate the frustration Bell had when I helped with her hand-lettering. Of course writing letters came easily to me; I'd had years of practice and muscle memory.
“Okay, I got it,” I said. “You can let go.”
He gripped my hand tighter. “No, I can't.”
I turned to look at him, our faces so close, our noses were nearly touching. I lost myself in those green eyes, unable to breathe. My pulse thrummed in my ears.
He said, “I can't let go, because I'm going to help you make the shot. Focus on the feeling, and I'll set it up again for you to make on your own.”
“Okay, do it.”
He chuckled. “You have to open your eyes.”

*REVIEW TO COME*
Im Halfway through and its AHHHHMAZING.. 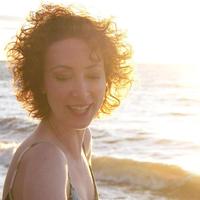 Email ThisBlogThis!Share to TwitterShare to FacebookShare to Pinterest
Labels: 2013, blog tour lebooksquirrel, for you, mimi strong