Exclusive Excerpt Never Before Seen before From Frosted Over By Amy Rachiele!! 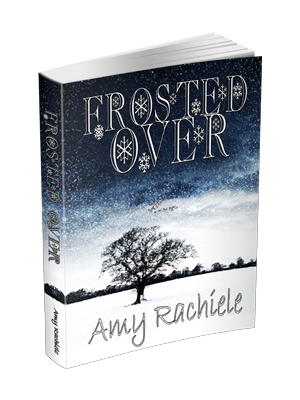 Frosted Over By Amy Rachiele
Releases April 2013
My recent turmoil is nothing compared to the shocking state I am in now. I pull in an icy breath that scratches my throat where a scream sits waiting for my brain to allow it to escape. Droplets of moisture pool at the edges of my eyes. My nose stings with the bitter wind and the urge to cry. In my lifetime, I could never imagine such a horrible and grotesque fate as the one standing menacingly in front of me. My jumbled thoughts wonder why this wolf wants to attack me.
~ Libby

Without the forewarning of the noise and earth trembling like before, snow barrels into Cassie and rips her away. I can’t believe it, one second she was there reaching for me with her fur collar caressing her cheek, the next she was gone.
~Kyle

Libby, Allie, and Cassie go skiing every year. This year is different. They decide to try cross country skiing, but they get run off of the road. In the near accident, they meet Randy, Kyle, and Alex. Can their new friendships survive a hostile blizzard?

Young adult (YA) A Survival Romance. 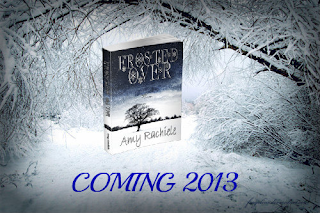 A survival novella
Randy never got a chance to answer me because the snow came and rained down on us from everywhere. Up and over the boulder, down the sides, and around to where we are crowded together. My eyes are squeezed firmly shut and tears leak out the sides. Randy’s grip is strained and tight, forcing the breath out of me.
“It’s okay. It’s okay,” Randy reassures me in my ear as the snow keeps coming.
The crashing and thudding echoes in the riot of the unnatural blizzard that surrounds us. The waves of snow continue on and on, violently.
When it appears to have stopped, I finally looked out at our buried surroundings. Luckily, the boulder had created a barrier. In the small area below it, we survived. The rock didn’t crush us, and the snow didn’t bury us.
I notice though that snow is still coming, thick and fluffy. The sky has become very dark, confusing daytime and evening.
“Is that residual from the avalanche?” I ask Randy with an unsteady voice.
“No, I think it’s starting to snow.” He peaks around the boulder checking out the area.
Fear from the avalanche is still lodged in my veins. I rub my hands over my arms hugging myself.
“Dirk told me they were expecting a bad snow to storm tonight.”
“Well,” Randy says looking at the sky. “It didn’t wait for tonight.”

Email ThisBlogThis!Share to TwitterShare to FacebookShare to Pinterest
Labels: 2013 release, Amazon, Amy Rachiele, frosted over, LeBookSquirrel, YA, YA Survival