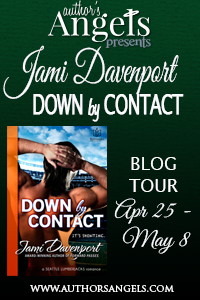 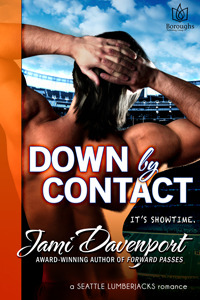 After twelve years in the league, all Zach Murphy wants is a Super Bowl ring. He’s been about hard hits not smooth manners, about breaking quarterbacks not making small talk at cocktail parties. But now he’s shattered something else. After dumping a tray of drinks on the team owner’s snooty daughter and accidentally feeling up the Governor’s wife, his tenure with his team looks perilously short. And things are getting worse.

Life is looking up for Kelsie Carrington-Richmond. A onetime beauty pageant star and mean girl, she only recently stopped living out of her car. But those times have passed. Her finishing school for real men has a real shot, and the Seattle Lumberjacks have hired her to polish their roughest player.

Except…it’s Zach. Long ago she broke his heart. He’s just the beast she remembers—gruff, protective—but she’s nothing like the beauty from his past. Yet, getting knocked down happens, and getting back up makes a contender. And they both have the hearts of champions.


Jami Davenport has been writing since she was old enough to know the alphabet. An advocate of happy endings, Jami writes sexy romantic comedy, sizzling suspense, and equestrian fiction.

Jami lives on a small farm near Puget Sound with her husband, a former Green Beret turned plumber, two dogs large enough to saddle, a prince disguised as an orange tabby cat, and an opinionated Hanoverian mare. Jami is an avid sports fan and loves football and baseball. She's been a Seahawks and Mariners fan through the good and bad times. Now that the Sonics are gone, she wishes Seattle would get an NHL team.

In her spare time, Jami rides and shows her dressage horse and grows roses. An avid boater, Jami has spent countless hours in the San Juan Islands, the setting for her first two books. A third-generation Washingtonian, Jami has never lived anywhere else. In her opinion, it's the most beautiful place on earth.
Posted by Le'BookSquirrel at 7:53 PM