The Boy Who Will Change Everything . . . 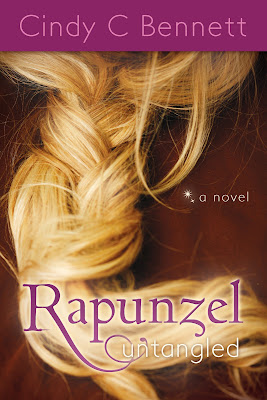 
Fab
Fane Fannigan:
Are you saying you live at GOTHEL MANSION??? The
Gothel Mansion?

Fab Fane
Flannigan:
No, Rapunzel, there’s only one that I know of. It has to be the same. Are you telling me the truth here?

RG:
Yes, of course. Is it weird that I live here?

Fab Fane
Flannigan:
Yes, it is. I know where it is. I’ll be there Friday at 8.

Rapunzel sensed
the difference in his tone. Something wasn’t right.


Rapunzel is
not your average teenager. For one thing, she has a serious illness that keeps
her inside the mysterious Gothel Mansion. And for another, her hair is 15 feet
long. Not to mention that she’s also the key to ultimately saving the world from
certain destruction.


But then she meets a boy
named Fane,
who changes all she has ever known, and she decides to risk everything familiar to find out who she
really is.

Filled with romance,
adventure, and mystery,
Rapunzel Untangled
is one story you won’t want to put down. Discover the true meaning of love and
friendship in this modern twist to the classic fairytale.

Rapunzel Untangled from Sweetwater Books February 12, 2013. Available on Amazon, Barnes & Noble, or at a bookstore near you!

Join the giveaway below for your chance to win one of many great prizes, including a Nook and an MP3 Player! (Domestic only. For international giveaway click here.) Nothing required to win other than signing in.

Cindy C Bennett was born and raised in beautiful Salt Lake City, growing up in the shadows of the majestic Rocky Mountains. She and her husband - who happens to be her high-school sweetheart - raised two sons and two daughters. She's now blessed with two daughters-in-law as well. She developed a love of writing in high school when a teacher introduced her to the joys of escaping reality for ten minutes each day in writing.

When she's not writing, reading, or answering emails (notice there's no mention of cleaning, cooking, or anything remotely domestic), she can often be found riding her Harley through the beautiful canyons near her home. (Yes, she rides a Harley.)

Posted by Le'BookSquirrel at 7:25 AM