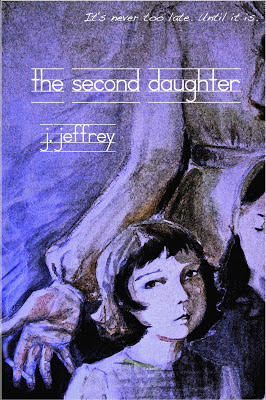 You try turning out all right after you overhear your mother wishing you hadn’t been born.
It had started out well. Umbrellas tangled. A storybook romance followed. A wonderful wedding. A beautiful, sweet first daughter. They were complete, a family, happy.
And then they went and had another daughter.
Her charming and witty father Theodore starts disappearing, then worse, starts coming back. Her once allegedly sweet older sister Regina angrily resents her, and the sisters are at constant war. Her mother Helen is so busy what-iffing about the life she might have had that she overlooks the life she is actually having. Everyone blames Debra for pretty much everything as the family slowly, then quickly, then one day explosively disintegrates. Along the way there are secrets and lies, heartbreaks and betrayals, plus the dramatic unexpected death of a central character at a pivotal moment. The now young woman finds herself living awkwardly alone with her embittered mother when the phone rings—and her mother’s secret past suddenly crashes back into the present.
Their life may be about to change forever; or rather, perhaps, revert back to what it should have been all along.
But not exactly because of that phone call, as it turns out.
Because of the remarkable second daughter. For what Debra Gale has is unyielding determination. What she has is an irrepressible capacity to love.
And now at last what she has is a chance.
The complex dynamics of a changing family. Mother, daughters, sisters, and the father who both divides and unifies them. That dramatic unexpected death, plus more than the ordinary amount of banana cream pie. Welcome to The Second Daughter: a funny but poignant, unusual but beautiful love story. 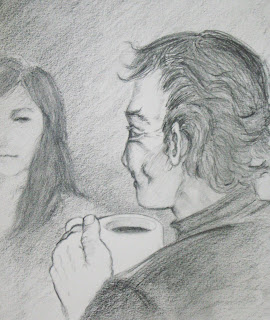 J. Jeffrey stands about six foot three and likes poetry. He has been known to climb the occasional mountain and tame the occasional lion. He sings opera as an amateur but is trained as a masseur, and he is extremely partial to his wife’s green tea perfume. He drinks too much coffee, and gets lost a lot. Two words: Florence, Italy. Pastry for breakfast, over the crossword puzzle, preferably after noon. Soup for lunch, preferably late afternoon, over another puzzle (the first having been solved). His favorite drink (after coffee) is red wine. He knows a word or two but will not play scrabble. Regrettably, he believes he might be happy if only you would think him as funny as he thinks he is. But most importantly, he is not to be trusted. He writes biographies full of lies, or are they novels full of truths? Such a fine line.

Posted by Le'BookSquirrel at 7:52 AM