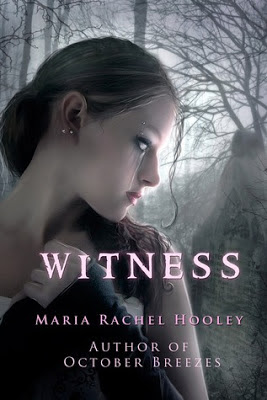 What happens when you witness the unthinkable?

For two years, sixteen-year-old Cee Cee Montgomery has had a crush on David Johnson, and she’s been waiting for him to notice her, and he does—at a party that Cee Cee wasn’t supposed to be at. But she is. She’s there when David is stabbed and no one calls for help. She’s one of the silent witnesses who bears the guilt of his death, and it’s tearing her apart. Not even Stacy Eddings, her best friend, can help her through it.

Stacy is a silent witness of a different sort. He’s been in love with Cee Cee since he met her, but she never saw past David, and while at first he doesn’t know she went to that party, he does realize that something is wrong, that sometimes, no matter how painful, the truth has to come out.


"What have we here?" the creep asked.  Stepping closer, his eyes darted back and forth between David and me.
"Trouble, that's what you've got," David said, somehow managing to keep his voice even.  "This isn't your party or your crowd, so you might want to think about leaving."
"And miss all the fun?  I don't think so."  He smiled at me, and I shuddered.
Although David didn't look at me, I know he must have felt me shivering as he gently guided me to hide behind him so he was in between the thugs and me.  Desperate, I kept staring beyond them at the bonfire, wishing madly that someone would come over.  I didn't care who it was.  I wanted to feel others knew trouble was brewing.
"Expecting someone?" the Adams jock asked, forcing my attention.
"Lots of friends up there.  I'm willing to bet before long a few of them will be coming down here."  David was still cool, but the tension in his hand belied what he didn't say.
The creep laughed, and his buddies joined in, the sound of it hard and rough in the night.  "I don't think so, quarterback.  They're too busy getting drunk to worry about you two lovebirds."
He sauntered around slightly to get a better look at me.  "You do remember me, right, chica?  I'm the guy you dissed earlier."
David shifted, making it harder to get close to me.  "Leave her out of it--and get the hell out of here."  His voice was cold, sounding of fury, but even I knew the odds weren't good.  The music was still blaring, and no one else was around.
"What did you say to me?"  The creep stepped closer, and that was when everything went south.
Beth suddenly appeared in the darkness, close enough to see trouble might be at hand, but not sure.  "Cee, is that you?"
"Get Scott!" David yelled as two of the others moved closer, one of them grabbing him.
The creep laughed, stepping closer to David's back.  I didn't understand what was happening, not until David made a sort of grunting sound, and I felt him tense several times.
"David?" I whispered.  He looked at me, his eyes confused, and I didn't understand, not until I saw a knife in the Hispanic  thug's hands, dark with blood.
"We're even now," the creep said, stepping toward me as David fell, his hand releasing mine.
David blinked two or three times as he staggered to his knees, wobbling unevenly.  His mouth opened as he grabbed his side, lifting his hand to find it drenched in blood.
"Cee?" he whispered, reaching.
I wanted to help him, but my body wouldn't move.  It was like the whole world had suddenly shifted into low gear.  In the distance, there was silence now.  David's lips kept moving, but I couldn't tell what he was saying.  He managed to grab my wrist with one bloody hand, smearing it all over me.
The creep was pointing at the blood running down David's side.  "It's beautiful.  You want some?"  He waved the stained blade at me.
In terror, I screamed and ran backwards almost falling.  He was laughing now; they all were.  It sounded so loud, and the world was tilting at funhouse angles, threatening to capsize with me in it.  He lunged at me, and I took off, afraid of what would happen next.
I couldn't see where I was going or if anyone followed.  I ran and kept running as the world turned to screams, probably most of them mine.  Ahead, I saw the sanctuary of trees, and I fled there.  My feet stumbled over raised tree roots, and I tripped, slamming my head against one of them as I hit the ground.
Lying there, I saw the others converging where I'd left David, and all I could think was, somebody help him.  Somebody help me.  And don't let the others find me.
Then the blackness swept me away.

Maria Rachel Hooley has written over thirty novels, including New Life Incorporated and When Angels Cry.  Her first chapbook of poetry was published by Rose Rock Press in 1999. While her novels typically venture into different genres, the one constant is the theme of redemption.  She lives in Oklahoma with her husband and three children.  If she's not writing, she's probably teaching English to high school or college students.
http://www.mariarachelhooley.com/


This is the story of what can go wrong and happen if someone is hurt and everyone knows but no one helps. Cee Cee has a Crush on David and sneaks away to a party where something horrible happens to David.Cee Cee saw what happened but due to certain circumstances did not say anything.No one who was at the party said anything.
I have always,and I mean ALWAYS said that the sign of an amazing Author will make their book seem way to short and that it ends way to soon.Maria Hooley has such amazing talent that I felt Witness was way to short!(It wasn't) But I did not want it to end.There are books that just pull you in and you look up from reading and realize hours have passed,but you were unaware since you were so deeply enchanted by what you are reading.I could have kept reading on about Cee Cee and Stacy(Stacy is Cee Cee's Best friend,Who is a guy).I felt for Cee Cee and what she was someone I could Commiserate with what she was going through.Overall I absolutely adored Witness.I strongly suggest it to all my YA lovers.It is one you definitely DO NOT want to miss!


Thank you Maria for being a part of This Author/Blog Spotlight!It has been an honor.Everyone go and Read Witness you will not be disappointed!Maria is simply amazing!

Posted by Le'BookSquirrel at 7:34 AM