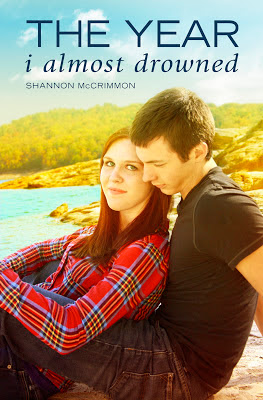 Excerpt From The Year I Almost Drowned

The sound of a police siren blared from behind me. I looked in my rear view mirror and saw flashes of blue and red whirling in a circular motion. My heart thumped wildly, and my sweaty hands gripped tightly onto the steering wheel. I'd never been pulled over by the police. Not once. Not ever. I glanced in the rear view mirror again and saw that it was Cookie, one of Graceville's oldest police officers, shuffling my way.
Everyone called him “Cookie” because he sputtered things out that sounded like they had been stolen from a Chinese fortune cookie. Cookie was a Graceville institution of sorts and probably should have retired years ago, but since Graceville's crime rate was dismal, he was able to keep his job on the force. He and my grandfather had met in elementary school and had been friends ever since. They played bingo together, and Cookie was a regular in the diner. I liked Cookie even if he did say strange, philosophical things that didn't seem relevant to the discussion. He was a kind, trusting man and probably should have chosen another line of work.
I felt a sense of relief seeing that it was him coming my way. I knew if he was pulling me over, once he saw it was me, he'd give me a warning for whatever it was that I did and tell me to go on about my business.
The relief was short lived. I peered into the rear view mirror one more time and saw another police officer approaching my car. This one was well-built, tall, and much, much younger than Cookie. I didn't recognize him. My heart started to beat a mile a minute.
Cookie peered down in my window and motioned for me to roll it down. “Hi, Finn,” he said. He spoke slowly and enunciated every single syllable with a long southern drawl. A toothpick hung out of the corner of his mouth. Cookie was very thin and appeared older than he really was. Lines and creases inundated his face, his skin loose and sagging. His white mustache covered his thin upper lip. There was very little hair left on his small oval shaped head. “Confucius once said 'Be slow in your words and earnest in your conduct,' Finn.”
Whatever that meant, I'm not sure. I had to keep myself from rolling my eyes at him. The other police officer lowered his head to the window, his caramel-colored eyes met mine. A subtle five o'clock shadow showed on his youthful face. He was a little older than I thought, maybe in his mid twenties. Golden streaks blended in his short light brown hair. “License and registration, please,” he said in an authoritative tone. 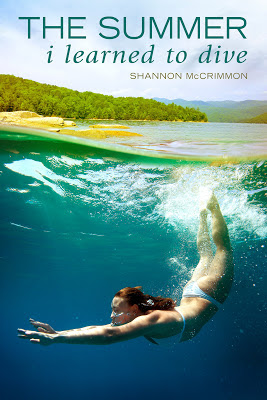 Excerpt From The Summer I Learned to Dive   Chapter 2

The cab smelled like onions and stale cigarettes. It was putrid, over powering. I tried breathing out of my mouth to take the strain off my nose, but the smell was too strong. It permeated the air. The driver looked at me suspiciously from the moment he picked me up. I could tell he questioned the motives of a teenage girl hailing a cab at midnight on an isolated street. I'm certain he thought I was a runaway. Why wouldn't he? It did look suspicious: I was carrying a suitcase hailing a cab in the middle of the night headed to a bus station.
We drove the entire way to the bus station in silence. He kept looking at me through the rear view mirror. His glances made me shudder, making me doubt the decision I had made. I tried to smile at him, but it didn't stop him from looking at me distrustfully.
The outside of the bus station felt dark and isolated. I instantly felt fear and regret for being there. I was scared and felt alone, questioning if I had just made the biggest mistake of my life. I thought about asking him to take me back home but stopped myself. I needed to do this, to meet the grandparents that had been stolen from me. He stopped the car and looked at me through his rear view mirror again, this time indicating with his dark eyes that we were there.
"Fourteen dollars," he said.
I handed him the cash and started to open the door. "I have a daughter," he said, still looking at me through the rear view mirror. I questioned him with my eyes, wondering what he meant by that statement.
"I would not want her to run away," he said, turning his head back toward me.
I shook my head instantly. "I'm not running away. I'm going to meet my grandparents," I said.
He looked at me skeptically. "It's late to be meeting them," he said.
"The ticket was less expensive at this time," I said quickly and closed the door. Getting into a deep conversation about my reasons for late night travel was not on my priority list. He said something else, but I ignored him and kept walking.

Favorite quotes from The Summer I Learned to Dive:

"A sunrise shows a new day has started, that whatever happened before is the past."

"When you just dive right in without thinking, it's near perfect."

"You can't have expectations. You just have to do it. If you go into it expecting something, then you'll always be disappointed."


Favorite quote from The Year I Almost Drowned:

"He leaned down and placed his lips on mine and gave me the most delicious kiss of my entire life. I saw fireworks light up the night sky. My heart beat like a drum."

Want to know about the Characters Do you?Thought so!!! 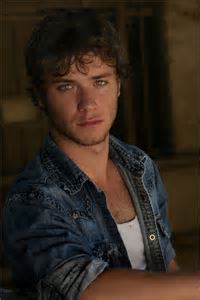 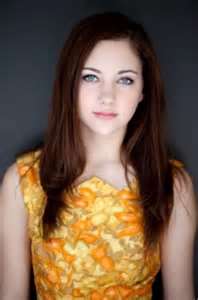 In love with Jesse Quinn
Enjoys reading, baking, and diving
Favorite beverage: Coke
Works at Lilly's Diner
Has a head for business.
Was Valedictorian of her high school.
Moved to Graceville SC from Tampa, FL at the age of eighteen.


Let's talk with our stomachs..FOOD!!CAKE!!YUM!!

Nana In this series is an amazing cook and here is Her Coca Cola Chocolate cake!Thank you Shannon for Sharing with us Nana's Recipe!

Shannon Can be found hanging around these area's

The Summer I Learned to Dive is available on Amazon and Barnes and Noble.
The Year I Almost Drowned is available on Amazon only.
Thank you SO very much Shannon for Participating in this Author Spotlight and for taking the time to be involved.You are an amazing woman and author.I cannot express just how great Shannon's books are.If you have not had the chance to read them take the time.You will NOT be disappointed!
Posted by Le'BookSquirrel at 9:06 AM