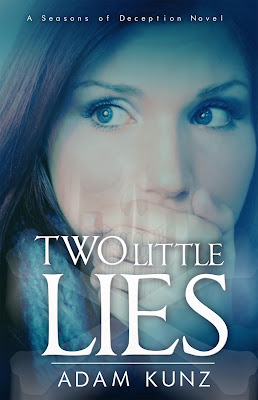 Book Synopsis –
Lies can be very dangerous and deadly little things.
Almost four years after Laney Matthews survived a brush with death by the hands of the serial killer, Robbie The Prowler Jameson, she’s finally picked up the pieces of her life and started over. She’s made new friends, began dating again, attended countless therapy sessions, and is about to graduate in the spring from Blackburn University. Ever since that fateful night, Laney has tried to surround herself with positivity, and so far she’s succeeded…but that’s all about to come crashing down around her.
When news of Robbie’s release from prison, due to a technicality, is plastered all over the news, Laney’s bubble of security bursts and she begins to withdraw from everyday life. Her friends come up with an idea to pull her from this slump and plan a fun winter break getaway in order to clear her head. It’s here that she comes face to face again with Brent Lyles, the one that got away, and she begins to realize that maybe he’s the exact thing she’s been missing in her crazy life.
Something’s amiss at the sprawling rental property though, and when things quickly take a deadly turn, Laney and her friends are forced to fight for their lives. Has The Prowler returned to finish what he started years ago? And is Laney prepared to stand up to her past demons once and for all?

Posted by Le'BookSquirrel at 8:26 AM