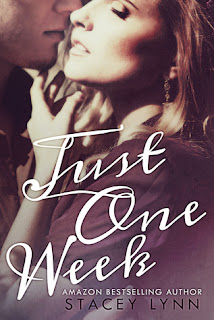 Synopsis
Two years ago, Mia had everything she thought she wanted. She loved her job, and her best friend Nicole was finally recovering from losing her family in a car accident. When they met rock star Zack Walters and given backstage pages for his concert in their hometown of Minneapolis, Mia had no idea she would get involved with the band’s drummer, Chase Harper. It was simple, fun, and exactly what Mia liked best – no strings attached.
Then Chase decided to change the rules and Mia did what she’s always done best: she ran.
Now she’s on her way to Los Angeles to help Nicole get ready for her wedding to Zack. The one thing she’s not looking forward to is seeing Chase again. With his sculpted muscles, strong hands and dark gray eyes that seem to know everything she’s thinking – Chase has the ability to make her forget. He also has the power to make her feel, something Mia refuses to let happen.
When everything around Mia’s life begins to crumble, and she keeps all of her secrets tucked close and hidden away, Chase is the one who steps in to help.
Because he has decided that he isn’t letting her go again. Not until she finally admits she’s his.
Note:  Book can be read as a standalone as these are spin-off characters from Just One Song. 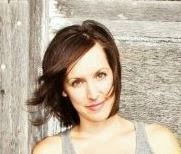 Stacey Lynn left her workplace in a cube farm at an insurance company, as soon as her first child was born and has never once looked back.
Years – and four kids later – she rediscovered her love of reading in an effort to find a brief escape from the mountains of laundry, dust balls, and dishes. Reading turned into her daydreaming, and soon…an idea was born. Once the story became loud enough that she couldn’t ignore it any longer, she put down her Kindle (briefly!) and began her work on Just One Song.
Stacey loves hearing from readers.
Connect with Stacey:  Facebook | Blog | Twitter | Goodreads

Posted by Le'BookSquirrel at 7:21 AM