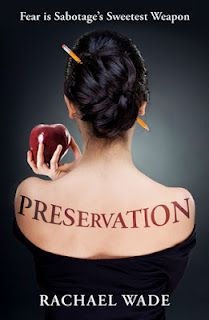 An Amazon Contemporary Romance best seller from the author of the best-selling paranormal romance series, The Resistance Trilogy.

Kate has no time for meaningless romantic charades, and definitely no time for hot college professors who are full of themselves and smitten with her. Constantly battling eviction notices, tuition she can't afford, and a sick, dependent mother, the last thing she needs is to be distracted with someone else's complicated baggage.

When she stumbles into Ryan Campbell's creative writing class, he is only "Mr. Campbell" to her, until Ryan finds himself captivated by her writing and she is forced to face their mutual attraction. His cocky know-it-all syndrome is enough to send her running in the other direction, and his posse of female admirers and playboy reputation are enough to squander any odds in her favor.

But underneath Ryan's abrasive facade is something to behold, and she can't stay away for long. Ryan and Kate must decide who they're willing to become and fight against their former selves if they want to make things work. That's if academia, vicious vixens, old skeletons, and their own mastery at self-destruction don't pummel their efforts first.

I enjoyed this book.Kate is a girl on her own pretty much and Ryan is her professor.They are both adults and find each other attractive.They begin a relationship and have some twists and turns.Afterall..what relationship is perfect?While I enjoyed this book I did have some issues with it.Perhaps it had to do with a review I read..Perhaps not.
Let me start off,Prior to reading this story I made a mistake by reading a quote.This quote stated the male character was like my beloved Travis Maddox from Beautiful Disaster and My Other Beloved Sebastian Grey.That is ALOT to live up to and well unfortunately Ryan fell short in my eyes.Way Short.Its almost like comparing silk to cotton.
There were times in this book where the storyline just felt so rushed..Its disappointing to enjoy a book only to have an author rush to get it done..or it feel like its being rushed.It literally took 3 short chapters for major happenings in the book only to have it end very shortly after.A love scene at the end of the book just kind of came out of nowhere it felt like it was trying to do a bit fifty shades but since it wasn't throughout the book it did not really fit.I would have liked to know what Ryan was thinking and would have slowed it down a bit.
Overall,I did enjoy the book.I did have issues with the book.Would I read a story by Rachael Wade again?Probably,I cant help but feel a bit let down though.I think the summary was bit better then the actual book.You can find Preservation HERE on Amazon.

Posted by Le'BookSquirrel at 12:24 AM