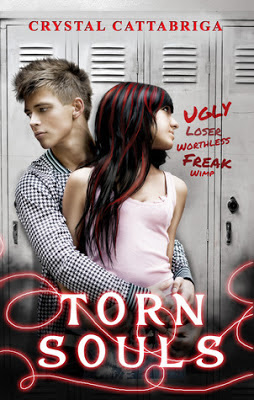 This book is dedicated to all the children who have lost their lives from being bullied and the one who will find the strength and courage to continue on.....

The unspeakable acts of bulling can destroy a life. So many children are affected in the world and together we can make a difference. Let’s be the change we want to see in the world...

Julia Stone’s life has been turned upside down ever since her parents decided to move out of the country and into the city. The life she knew was gone and starting over was something she wasn't prepared for. The thought of a new school, new teachers and even new friends was terrifying, but after a few weeks things didn't seem all that bad. Julia had met a boy and his name was Alex. He wasn't a jock, he wasn't even the
smartest kid in school, but he was nice and he made her laugh. Alex and Julia hung out all the time, eventually becoming best friends. They even made a pact never to keep secrets from each other, but for Julia it was harder than she thought. She had a secret that was destroying the very cord of her soul. Her life as a teenager was being ripped apart by the kids in her school. Julia was being bullied mentally and physically. The thought of going through the next three years in high school being bullied continuously wasn't something she was prepared to do. The choice was simple, and she wasn't about to do it alone.

Torn Souls is a book about bullying and a how Julia,Alex(her friend) and her parents take charge and make change.I Liked the summary of this book and I enjoyed the topic of it.Bullying is real and it does need to stop.I had a few issues with the book.I think it focused way to much in the beginning about Julia and her parents move.I believe the book could have worked without so many details of the move.I was almost 30% or more done with the book and the main character and her parents still had yet to move out of the house.I feel it dragged the book down to be honest.I could have done with 1 or 2 chapters at the most dealing with the move,the packing etc.Basically sometimes less is more.I feel like if all the extra things about the moving could have been taken out then the author could have focused more on the bullying which I feel was quite rushed.For a book on bullying you need to have the bullying stand out and I think I personally would have liked to see it stand out a bit more.I didnt feel the angst,the emotions of a girl being bullied.The summary built the book up so much plus the title built the book up so much that I kept waiting for something extraordinay to happen.I also would have liked to see more of a relationship start between Julia and Alex as well. I am a huge Anti Bullying advocate,I loved reading about Julia's stand against her bullying.I loved what happened with Julia's Bill as well.

You can Purchase Torn Souls HERE
Posted by Le'BookSquirrel at 3:34 PM