Thank you so so much for helping us out with this last minute blitz!! DD has given a great giveaway with everyone listed on here.  It is for 5 signed paperbacks and 10 ebooks!! Please be sure to post by 8 am on November 6th!

Please choose from 1 of the below excerpts for your post 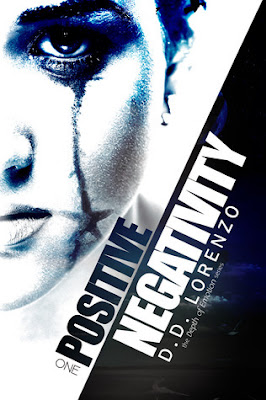 Positive and negative forces peacefully coexist within the lives of ordinary people every day.
Aria Cole has a desire to create beauty in whatever environment she is placed. The emotional toll of expending her heart diverts her to a new direction, and she flourishes while creating beauty in a new way. When a personal loss finds its way into her world, she experiences heartbreaking devastation. Her memories have compelled her to a place where she experiences peace and contentment.
Declan Sinclair’s occupation demands that he use his body as much as his mind, and it forces him to move in a fast-paced world. When the accelerated pace of his lifestyle encourages him to personally navigate the course of his professional destiny, he seizes the opportunity to retreat to his refuge and prepare a vocational strategy.
When positive and negative circumstances merge the lives of Aria and Declan, they find they have more in common than the love of a place of peace. Can the lives of two people, the events that unite them, the circumstances that surround them, and the attraction that draws them be enough to put their lives into balance and assist them in finding what they both secretly desire? 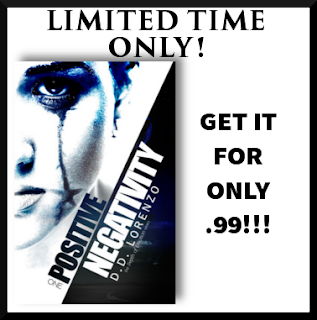 Having Declan’s hand so close to my cheek ignited a potent desire within an emotional abyss that had only recently been full of sorrow. His touch only confirmed what had been a suspicion building for days—weeks. I wanted this man to kiss me. I could feel Declan’s breath on my upper lip. He was so close that I could feel the air that was created by the flutter of his eyelashes. I could barely breathe, and the breath I did take only served to fuel the fire that was burning inside. His aroma energized my desire further. I wanted to bury my head against him. He tucked my hair behind my ear and allowed his hand to drift to the back of my head where he pulled me in, close. When he asked me if I wanted him to come inside the house, I could barely breathe the word “Please” to him. But please to what? My desires were meeting my imagination. My lips were almost touching his, and I felt them draw me toward him magnetically. To say a man’s lips are “delicious” makes them sound sinful, but Declan’s lips were as wicked as chocolate, and once I had a small taste, I wanted more. At that moment, my cravings were met by Declan crushing his lips on to mine, and I knew that the pining I felt for him was equally met. I hadn’t been kissed in a very long time, and certainly never like this. Emotions of excitement and fear commingled, firing in my brain with each demanding glide of his tongue. I couldn’t think, and I couldn’t breathe. The kiss lasted just moments, but in that time I lost all sense and reasoning.
He spread his firm fingers through the back of my head, then pulled my hair, tugging me back. “Do you think we should go inside, or would you like to continue this out here?” He smiled at me with a roguish smirk.
I could feel the heat and color creeping up my chest and neck as I blushed and quickly opened the door.
Once inside, I felt the need for air and a bit of composure, so I attempted to put a bit of distance between us by inviting Declan on a tour of the house. He grinned at my clever ploy, but he took my hand as I led him, room by room, telling him stories of our family vacations on the Fourth of July. He patiently listened to my recanting tale after tale, through tours of the living room with its wicker furniture, dining room with a family size table, and the kitchen where I animated remembering my dad cooking. He laughed at some of the stories, and he was interested with regard to the history of the building. As we went up the stairs, he was impressed with the sizes of the bedrooms, each with their double and single beds. The one thing that piqued his curiosity was the closet. My Uncle Bill couldn’t bear to paint it because, every year, the kids wrote on the interior walls. We never thought that my uncle was aware of the declarations of “I love Matt”, “Rich loves Shirl”, “Debbie and Gary forever!” or “P luvs H”. There were writings of “Britt and Amber—BFF”, “Di loves Keith” and “Harv was Here, Summer of 2000”. Declan thought the little closet was like a time capsule. I told him that my uncle confessed to me that he knew, all the way back then, that we were writing on the walls in there, but he just kept reading the walls at the end of every summer. He thought it was endearing, really, that so many of us kids had such great vacations there; and we did.
As we walked back down the stairs, Declan still held my hand. I knew that if I didn’t want to end up in bed with him that night, I needed to end the date. I had to attempt to be firm, although I didn’t know if I could resist another of his kisses. I didn’t want Declan to think that I was a woman who took sex too casually. He was worldlier than me, and women threw themselves at him, but I was a person who invested my emotions before I invested my body.
We had almost reached the bottom of the stairs, but I had a strategy to see him eye-to-eye and be firm. I stayed on the second step to equalize our height difference so I could look into his eyes as I spoke.
“Thank you for today,” I said, and I continued to hold his hand.
He could tell what I was doing because he narrowed his eyes at me.
“You’re welcome,” he said as he slipped his arm around my waist, pulling me in to him. I could tell that he didn’t want it to end. He was onto my game, and he was trying to entice me. I could tell he was a man who was used to getting what he wanted.
“It was nice spending time with you,” I said as I looked at him with genuine appreciation and affection, but an attempted firm resolve.
“It was nice spending time with you,” he said in the lowest, growling, and sexiest voice I’d ever heard. “I want to spend more time with you.”
His intentions were crystal clear. He wanted to play, and I was losing my grip. I was now convinced that Declan Sinclair could sweet-talk the panties off of a nun!

DD Lorenzo is a fresh modern-day storyteller. Her stories reach deep into the heart of readers and engage them through the emotions of her characters.

DD resides in Maryland, The Land of Pleasant Living. She met the love of her life in high school and decided to look no further. Together, they have raised their children into fabulous adults. When she isn't writing stories of the impassioned lives of her characters, she is rooting for the Baltimore Ravens or the Baltimore Orioles. Her favorite pastimes include spending time with the great people in her life and riding with her husband in his classic Mustang to the Eastern Shore.

DD is currently working on "Selective/Memory", Book 2 in the "Depths of Emotion" series.

Please attach our Truly Schmexy Promotion graphic at the end of your post.. Thank you so much!! Xoox