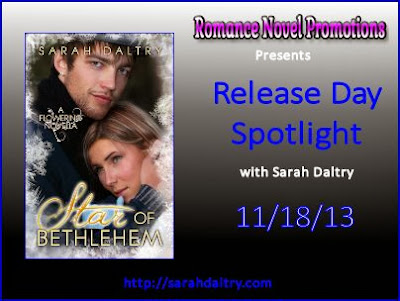 Star of Bethlehem by Sarah Daltry 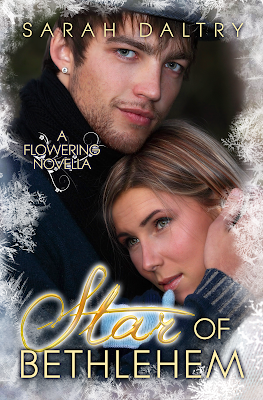 Blurb:
Jack isn’t a rock star. He’s not the leader of a MC. He isn’t a billionaire. Lily’s not the daughter of a mob boss, or a stripper, or a virgin with a BDSM fascination. They’re just regular college kids, who somehow found each other in the middle of all the crap and chaos of growing up.
“With you, Jack, it was the first time I ever felt real. It was the first time anyone looked at me and saw substance. It was the first time I wanted to make someone see me.”
Jack and Lily have navigated his past, her desire to move on from her family’s demands of her, his depression, and her loneliness. Now, on New Year’s Eve, they have an entire year laid out ahead of them. First, though, Jack needs to meet Lily’s family, to be welcomed into her life. It’s intimidating, but with a sweater that is way too hot and his grandmother’s ugly car, he arrives at Lily’s gleaming house on a hill, ready to open himself up completely to her.
Inside the perfect, sparkling house, Lily waits for the boy she has come to love. But Lily’s house and family are a lot like her – shiny and pretty on the outside, with a sad emptiness on the interior. Lily wants to give Jack the one thing he has always dreamed of – family and love – but can she keep him from seeing how hollow a lot of the picture perfect life he fantasizes about really is?
This is a novella length work that follows Forget Me Not and Lily of the Valley.
Buy Links:
Amazon:
http://www.amazon.com/Star-of-Bethlehem-ebook/dp/B00G5JKYO2/ref=sr_1_5?s=digital-text&ie=UTF8&qid=1382840656&sr=1-5&keywords=sarah+daltry

Posted by Le'BookSquirrel at 8:48 AM