*Spotlight* One For Kami By Charlene A. Wilson 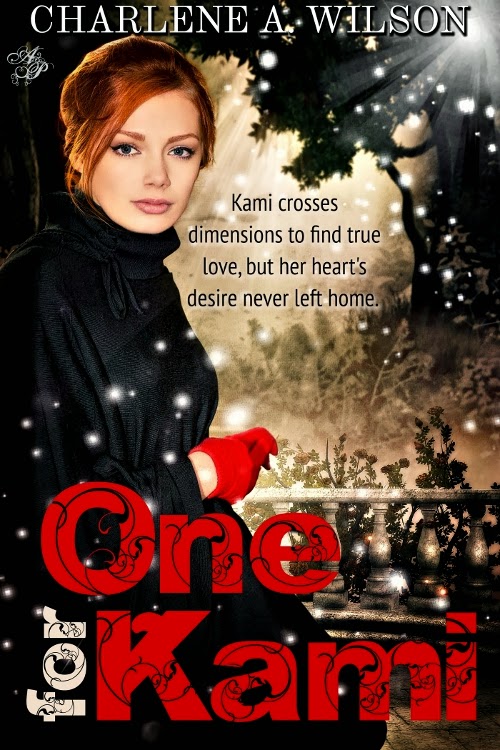 Kami is faced with a heartbreaking truth; instead of being a member of the poor lower class who are allowed only one spouse, she finds  the love of her life is an elite and bound by law to wed three wives to do his part to eliminate the poverty-stricken condition of their world. How can she stand to share him? Why can’t he be poor the way she thought he was when she fell in love with him?

Desperate and determined to find a realm that doesn’t have such dictates, she travels to dimension Three-Two-Three to begin her search.  But is love truer in a place that only allows one spouse than it is in Ian’s heart?

A smile bloomed on Kami’s lips and then dropped as she realized her thoughts.  She hammered the mattress with her palms.  “Stop it!  Don’t think about him.”
She focused on the tiny knots that made up the tatted petals of her canopy.  “Lower class...hardly.  He’s only from the wealthiest family in Syndicate.”  She scowled.  “I should have realized.  He was too comfortable around the elite...around me.”
She closed her eyes and the memory of his touch caused her tummy to sizzle.  Blasted sensitivity side effect.  The sensation spread to warm her torso and Kami sighed, unable to push the memory aside.

Ian combed his fingers through her hair, fanning them to brace her head.  The ground disappeared as the confidence in his gentle touch lifted her to the clouds that rode the slow breeze a million miles away.
He leaned close.  Noses less than an inch apart, he looked into her eyes.  The most amazing hazel hues waltzed in his tender gaze.  Warmth bathed her face as he whispered.  “May I kiss you?”
Kami’s breath hitched and she swallowed fast to control the hiccup that usually accompanied the act.  A lump of air wedged in her esophagus.  Her gaze dropped to his full lips and she nodded, praying the stuck air would stay stuck...at least until after the kiss.
Dewy silk met her lips as Ian’s lighted on hers.  Heat rose to her cheeks and her shoulders arched as tingles exploded from her heart, dancing along her scalp.  She locked her knees against the gelatinous sensation in her thighs and placed her hands on his broad chest.
Oh, dear heavenly man!  He felt like solid handsome and she couldn’t help sliding her palms up his firm muscles and then around his neck.  She tangled her fingers into his dark waves.
A hum rode his breath as he came closer, so close their bodies touched.
A gurgle from deep in her chest bubbled up her airway and clattered at the back of her throat.  It blew through her nostrils, breezing along his cheek.

Kami burst into laughter.  “How could the most amazing kiss also be the most embarrassing moment of my life!”
She stared at the frilly fringe as if it held the answer.

About Charlene A. Wilson

Charlene A. Wilson is an author of tales that take you to other dimensions. She weaves magic, lasting love, and intrigue to immerse you into the lives of her characters.

She began writing in her early teens when her vivid dreams stayed with her long after she had them. The characters and worlds were so amazing, she brought them to life through her books.

Charlene resides in a small community in Arkansas, USA, with her two beautiful daughters, husband, and a very chatty cockatiel named Todder. 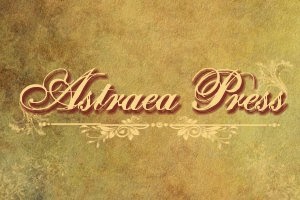 Posted by Le'BookSquirrel at 8:21 AM

Email ThisBlogThis!Share to TwitterShare to FacebookShare to Pinterest
Labels: *Spotlight* One For Kami By Charlene A. Wilson