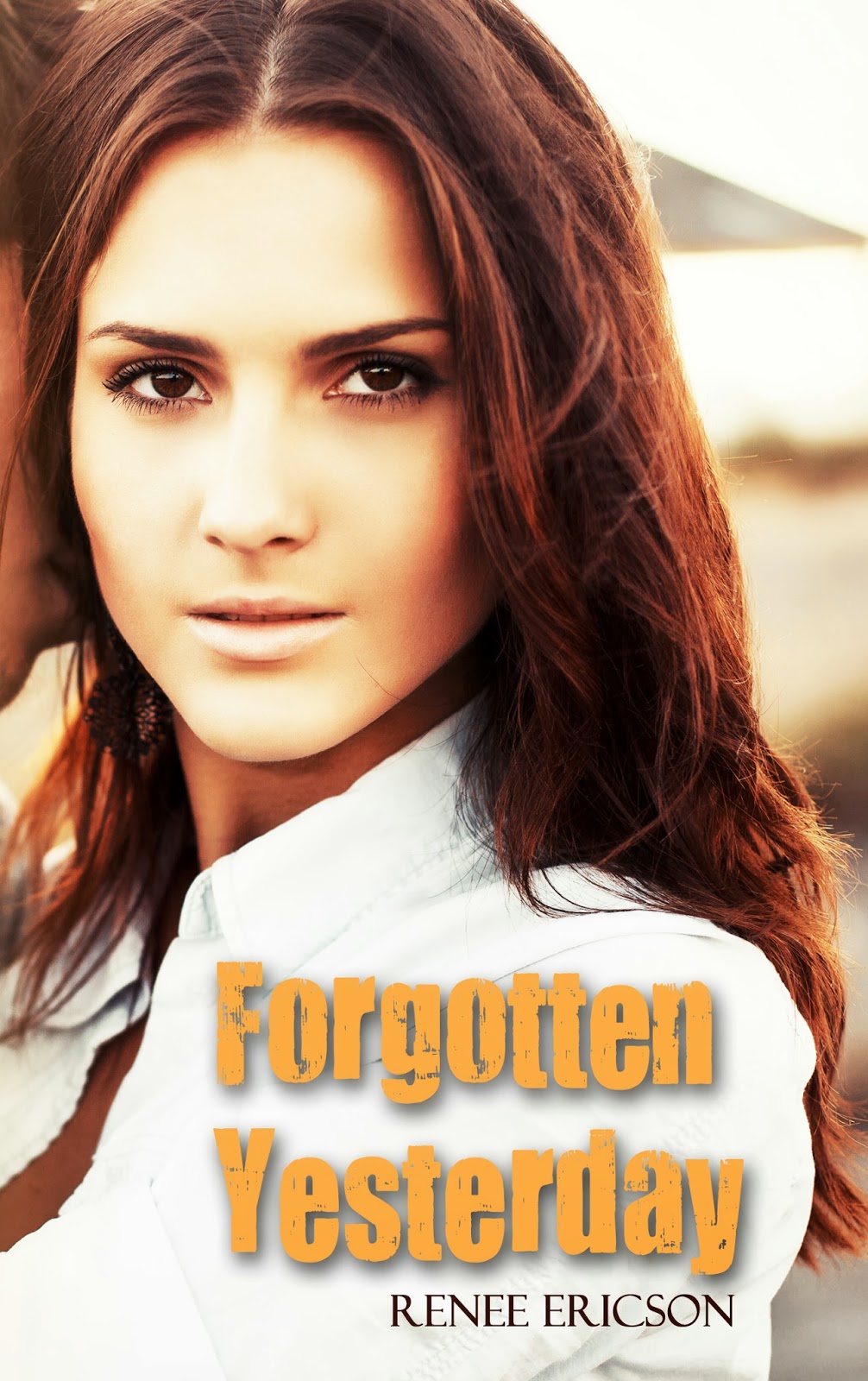 Ruby Miller's future was on track when she entered her freshman year of college at the University of Chicago. Everything seemed easy, possible, and full of hope, especially with Brent by her side.

However, life didn't go as planned and obstacles arose setting her on a very different path from the one she had envisioned.


Now, five years later, Ruby is piecing her life back together and moving on from everything that once tore her apart.


What happens though, when the one person who carries every memory of Ruby's happiest and darkest moments appears unexpectedly before her? Will she carry on or dive deep into her forgotten yesterday?


**A These Days Novella


*** This is a continuation into Ruby's adult life from the YA-M novel, After Tuesday. 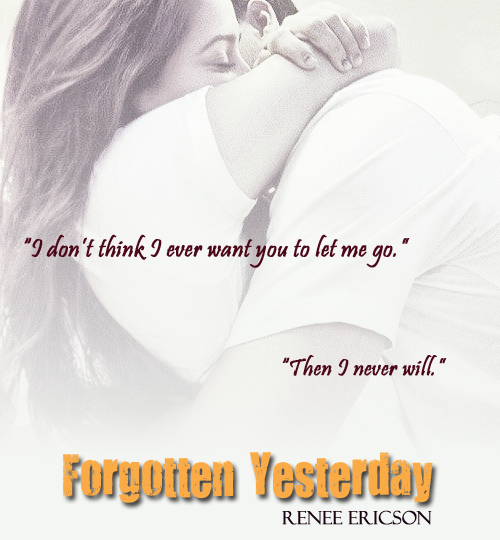 ***Purchase links for After Tuesday: 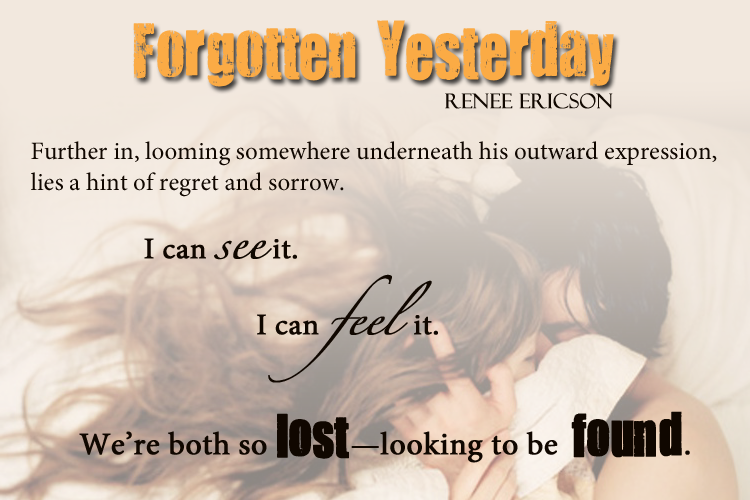 EXCERPT:
Spinning around to pick up the last dish, my hand is caught in someone’s grasp.
“Excuse me?”
Glancing over my shoulder, I trace the arm of the person holding my wrist, meeting with a set of anxious, piercing, green-grey eyes.
“Ruby?”
My heart jumps into my throat—pulsing, beating and pounding into every forgotten crevice of my consciousness. Loudly pulling out stored away memories. His grip tightens…

His hand slowly, languidly, and with precision, made its way up my arm to my naked shoulder. Lifting my chin, his lips seared my neck with their delectable heat, making my knees weaken.
“God, you’re so beautiful,” he said, his breath skating its way up my throat. His wicked tongue licked the sensitive space behind my ear and everything around me ceased to exist.
“Oh god,” I gasped.
His agile fingers floated up my side, caressing my bare breast, while the other hand tangled into my damp hair. I let the towel fall completely to the floor and pressed my body against his. Skin on skin. Baring it all.
He pushed me gently and I fell onto the bed when the back of my knees hit the edge. I scooted myself further up the mattress as he made his way on top of me. The feel of his naked form all over mine, made the space between my legs open…waiting…wanting.

“Ruby,” he says again, hand softening around my wrist. “Wow. I had no idea you were back in Chicago.”
“Brent.” His name on my lips feels like a familiar lullaby. “Hi. Yeah. For a while now.”
Pulling out of his grasp, I go back to the tray and pick up the final plate. With a shaky hand, I set it in front of the last seating and then grab the empty tray and stand.
“Is there anything else I can get for you gentlemen?” I ask, looking at everyone but my past. What would I even say to him?
“No, I think we’re good,” the blond replies with a thick accent, oblivious to the tension.
“Well, enjoy your meals.”
Quickly maneuvering around the white linen tables and their occupants, I rush to the kitchen, place the tray in the pile with the others and make my way down the side hallway to the cooler. Spreading apart the plastic strips designed to keep in the cool air, I march to the back without any thought other than—calm the fuck down. My hands grip the metal shelving piled with fresh tomatoes and lettuce. Shutting my lids, closing myself off as much as possible, I inhale the cool air from the room.
“Ruby?” Astrid calls.
“Yea-ah?”
“Is everything okay?” she asks, entering the cooler. “I saw you come back. Did something happen?”
“It’s nothing.”
“Are you sure?”
“I just need a second. Can you check on my tables for me?”
“Yeah. Sure.” She waits, unmoving. “Are you sure you’re okay?”
“Yep.” I take in one last inhale. My hands release the bar, falling to my sides as I face her. “I’m good. Just got a little overheated is all.”
“All right. I’ll get your tables started for you,” she says, stepping backwards toward the door. “See you in a few.”
“Yep. I’ll be out in a minute.”


She leaves and I bring my fingertips to my forehead. Shutting my eyes and sealing off the rest of the world, the man at the table calls my attention behind my closed lids. His green-grey eyes—the very ones that speak volumes over any word ever spoken in the history of my life—stare back at me. I never expected to see them ever again, but there they were, connecting us without my permission.

REVIEW
5 STARS
*I was given a ARC for an honest review*
What can I say? I fell in LOVE with After Tuesday and It's main Characters Ruby and Brent.So when I was able to read Forgotten Yesterday I was in total heaven,only my favorite couple had gone through some major upheavals in life and life had forced changes upon them. I admit I might have cried a little when I found out. At first I was like whyyyy did this happen.Then I was off to blaming Both of the characters for not acting the way I wanted.THEN I started reading and reading some more.It was then that I realized just because a character doesn't end up how you envision it in your head does not mean it is over.It means there is more to the story and more you want to read and learn about.Renee manages too leave you breathless and wanting more at the end but never fear Deciding Tomorrow will be released in the near future.I am as always on baited breath for Renee's next book.Awesome Job Renee! 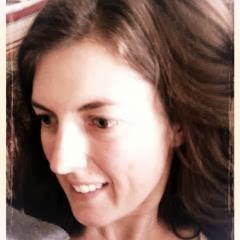 Renee loves to wear of hoodies, is fluent in Yoda speak, and likes to make videos with Lego figures. She is a long time insomniac, but doesn't have the energy to start an underground Fight Club so she settles for writing stories about the characters who plague her mind. She grew up in the Midwest and currently resides in the Boston area, but sounds nothing like Ben Affleck or Matt Damon. 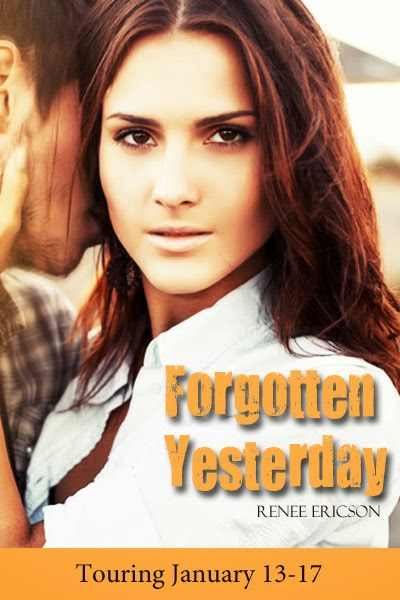 Posted by Le'BookSquirrel at 8:49 AM