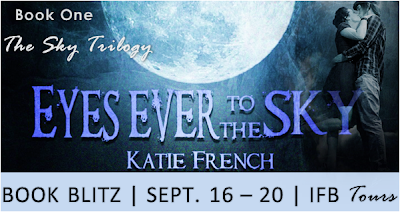 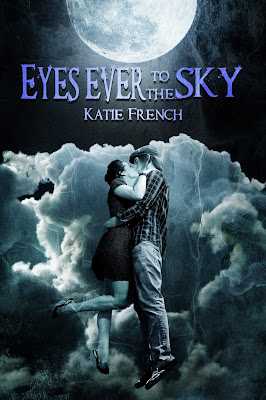 DESCRIPTION:
When Hugh wakes up in a smoldering crater—no memory, no clothes—a single thought echoes in his head…trust no one. Frightened and alone, with no memory of who he is, he stumbles upon a grisly murder scene and is fatally shot. He wakes, only to find he can heal himself. He has superpowers, and he’s going to need them.
Desperate and bleeding, Hugh stumbles upon fifteen-year-old Cece, who’s got enough troubles of her own. Between caring for her bipolar mother and trying not to get evicted from her run-down trailer, Cece may be the only person struggling as much as Hugh. Drawn to Hugh, Cece finds a love she’s never known. But when the real killer—a man-hunting beast—chooses another victim, Hugh and Cece realize they must unlock the clues to their past if they have any chance at a future.

He woke knowing only pain.
His bones ached like they'd been shattered and glued haphazardly together. His head buzzed like a tuning fork. A bitter taste coated his tongue. He searched for the word and it swam sluggishly up before him. Blood. He tasted blood.
He peeled his eyelids open to a sea of gray. As his eyes focused, he realized he was lying on his back looking up at the night sky. A few thin clouds streaked across a yellow crescent moon. A fringe of leaves and branches stood out black against the sky above. He lifted his head and a stab of pain needled through his skull. He winced, waited and propped himself up on his elbows. He looked down at his body and drew in a sharp breath.
He was lying in a large trough gouged into the earth, a crater from the look of things. The damp dark soil splayed up on either side, freshly uncovered. He reached a trembling hand into the dirt. It crumbled into flecks on his fingers, dark brown and loamy. Frightened, he brushed it away and sat up.
He scanned his body for injury: broken bones, dislocated joints, flayed skin. But as his eyes traced his limbs, covered in moist earth, he seemed intact. There was, however, one fact he'd previously overlooked.
He was naked.
Panic snapping through him, he pulled himself upright, digging his fingers into a nest of dangling roots. He had to get out of this hole, this… grave. His other senses were awakening now: a gripping hunger, like he'd never eaten a meal in his life, and an overwhelming sense that everything was very wrong. Like the world had been flipped upside down and he was sent tumbling through space unanchored. Why couldn't he remember how he'd gotten here? Why couldn't he remember… anything?
The cold, raw panic crept up his limbs as he scrambled out of the crater, sending showers of earth into the hole. He laced his fingers into the grass and pulled, dragging his naked chest over the coarse, dewy lawn. A puff of wind drove goose bumps over his damp skin. Then he stood and looked.
A park stretched out before him: long sections of grassy plain, cut into squares with chain-link fence. Signs were posted, reading, “Keep Our Park Clean” and “Dogs MUST be kept on a 6 foot leash.” Century-old trees, tall and gnarly, skirted the grassy areas. Branches shifted in the wind making a soft stirring sound. Directly in the center of this quiet and tidy park was a path of destruction cut like a scar through the face of the earth. It was as if something had plummeted from the sky and skidded along the ground, snapping off trees, burning branches, bouncing once at the back of the park where the grass still smoldered. Whatever it was had come to rest here, boring this eight-foot-deep, twenty-foot-across crater into the earth. He peered down into the hole looking what had caused such destruction. Finding nothing, he shivered and threw his arms around himself.
How had he ended up here?
He stumbled to a picnic table and sat. His head thrummed. His stomach clenched. He’d throw up if he had anything in his belly. He turned his thoughts from his roiling stomach and to the questions stirring in his brain. How did he get here? Where was he? He put his head in his dirt-caked hands.
Who was he? 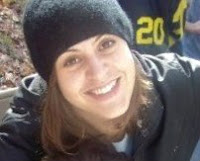 Katie French imagined herself an author when her poem caught the eye of her second grade teacher. In middle school she spent her free time locked in her room, writing her first young adult novel. Though her social life suffered, her love for literature thrived. She studied English at Eastern Michigan University, where she veered from writing and earned an education degree. She spent nine years teaching high school English. Currently she is a school counselor, doing a job that is both one of the hardest things she's ever done and the most rewarding. In her free time she writes, reads great books and takes care of her two beautiful and crazy children. She is a contributor and co-creator of Underground Book Reviews, a website dedicated to erasing the boundaries between traditional and non-traditional publishing. She lives in Michigan with her husband and two children.
Official links:
www.katiefrenchbooks.com
twitter.com/katielfrench
facebook.com/pages/Katie-French/192856087473564

Posted by Le'BookSquirrel at 8:29 AM

Email ThisBlogThis!Share to TwitterShare to FacebookShare to Pinterest
Labels: blog tour stop, Eyes Ever To The Sky, Katie French, LeBookSquirrel