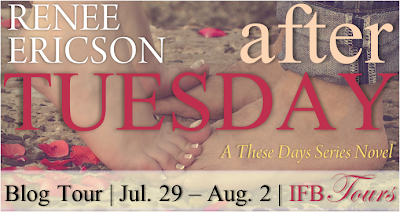 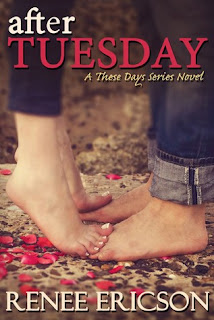 Released: May 5th 2013
Publisher: Renee Ericson
Purchase: Amazon
Synopsis via Goodreads:
Family really is a pain…especially when your father is an addict.
For the last two years, high school senior Ruby has been her own rock and solace. She has learned to depend only on herself and hides her family's issues by keeping herself somewhat unnoticeable. Despite her isolation, Ruby has intrigued the affections of someone unexpected. Finding herself loving life once again as his persistence sparks a romance awakening a well-protected heart.

While Ruby’s relationship with her father is constantly teetering, her new-found affection continues to blossom into something more than she ever thought possible. Soon, Ruby comes to realize that opening up your heart means being susceptible to love and disappointment.

YA-M: This book contains mature content including profanity, drug/alcohol use, and sexual situations/language.

REVIEW
5 STARS
I was given an ARC for an Honest Review.I think we have all had something we don't want others to know about,that we hide.Enter Ruby.Ruby has long since been the adult her family.Taking care of her dad and somewhat just giving up on him.She doesnt let people know whats going on in her home life.Why would she want too?She is able to get away from it with her friends.She has closed herself off due to this.When Brent walks into her life he is pretty much smitten with her from the first time he saw her. Unfortunately like always Ruby will find out that Love isnt all rainbows and flowers...or is it?I absolutely loved this book,I did want to ring Brent's neck for a short while there.I thought the Alcoholism issues were dealt with well on the Authors part.Not on Ruby's fathers part but Renee did amazing.This story was believable.There were some really really adorably romantic scenes in here and I am very much looking forward to Forgotten Yesterday.Renee is definitely an author to keep your eye on!She will knock your socks off with After Tuesday!

About the Author
Renee loves to wear hoodies, is fluent in Yoda speak, and likes to make videos with Lego figures. She is a long time insomniac, but doesn't have the energy to start an underground Fight Club so she settles for writing stories about the characters who plague her mind. She grew up in the Midwest and currently resides in the Boston area, but sounds nothing like Ben Affleck or Matt Damon.