To nineteen-year-old high school dropout Travis Walker, women are like snowflakes–each one different, but beautiful in her own way.

He can charm any girl he meets, and yet down deep he fears he’ll always be a loser like his jailbird father. As the landlady threatens to evict him and his sick mother, Travis takes a job he hates and spends his evenings picking up girls at a nearby night spot.

When he enlists in a teen program at the local fire station, he finds out he’s amazing at it. Then he meets the smoking hot Kat Summers, enlists Kat’s friend Zoey to help him woo her, and falls in love for the first time ever.

But he keeps the details of his life secret. His girl will never love him back if she knows the truth about him….

“ ….the title of this book had me expecting something very like a teen romance. While there is romance aplenty in this wonderful novel, Girls Love Travis Walker is far more than that….

“Little did I know that what I was about to read would have such a huge impact on me…. This book hit me right in the heart.”
“I really loved Travis…. I cried and was scared with him.”
“This book will make you fall in love for so many reasons…”

Only fifteen minutes since I’d entered the halls of Perdido High School and already the beady eye of authority was upon me. I hadn’t even done anything wrong.
Yet.
“Travis!” Ms. Valenzuela called out to me from the door of the guidance office. Although she was getting old, maybe into her early forties, she hadn’t let herself go. She had great legs, which were hidden today by her lime green pants.
“Yo.” I loped over and unleashed a grin that combined sincere remorse for my failings with my irresistible charm.
She pursed her lips. “Don’t start with me, Travis.”
I led the way to her office and took my usual chair while she sat at the desk across from me. “New picture,” I said, nodding to the updated photo of her two daughters. “Kelsi and … Julianne, right?”
She struggled to keep back a smile. “Yes, Travis. Those are their names.”
“Fifth and seventh grade, right?”
“Yes, Travis.” Now she was smiling for sure.
Maybe it was my blue-green eyes, or maybe my granite abs, but I could always get women to smile at me.
Ms. Valenzuela opened my folder. “Six more absences since your last visit to my office. Plus numerous missed homework assignments. You’re this close to suspension.” She held up her thumb and index finger a millimeter apart.
“I have to work, Ms. Val,” I said. “Gotta get ahead, you know.” I had a promising position as a bus boy at Jake’s Burgers.
“How many hours are you working these days?”
“As many as I can get, whenever I can get ‘em.”
“You can’t cut back?” She knew she couldn’t push me that hard. My family’s sudden move to Los Angeles in November of my junior year, coupled with my erratic attendance at Perdido High, had screwed up my graduation credits. With all my former classmates in college, I was starting my senior year, again, at age nineteen.
“I can’t get weekend shifts at Jake’s,” I told Ms.Val.
She didn’t like me working there, but she should just be glad I wasn’t following in the path of my father, who knocked over a convenience mart a year ago and ended up in prison for armed robbery. Mom had gone to visit him, but I refused. He could rot there for all I cared.
“You’ve got one school year left to graduate. I want to see you get that high school diploma, Travis. Or a GED at least.” Between her fingers, she rolled a pen. It was the cheap kind the school district bought that wrote for about five minutes before it crapped out on you.
“Yeah, well, we’re about to get evicted,” I said, “so that’s kind of rearranged my priorities.” 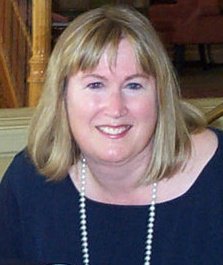 Anne Pfeffer lives in Los Angeles, California. She likes to write, walk her dog, play poker, and work as a library volunteer at a local school. Her book Any Other Night has been named a Finalist in both the 2012 Indie Reader Discovery Awards and the 2013 National Indie Excellence Awards.
Author Links:
Facebook https://www.facebook.com/pages/Anne-Pfeffer-writer/121611101213953
Twitter @AnnePfeffer1
Website www.annepfeffer.com
Goodreads  http://www.goodreads.com/author/show/5285523.Anne_Pfeffer 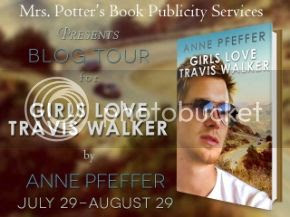