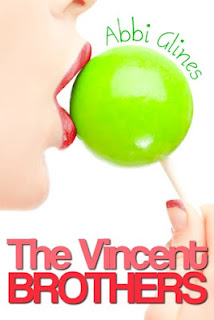 He may have given her up without a fight, but Sawyer Vincent is far from over losing the girl he’s loved all of his life. Instead of giving up his best friend and the girl he thought he’d spend forever with, he gave Ashton and his brother Beau his blessing. However, adjusting to seeing Ashton wrapped up in Beau’s arms isn’t easy. Complicating everything even more, Ashton’s cousin Lana is in town for the summer. Sweet, kind, soft-spoken Lana, who gets under his skin. Just being near her makes him forget all about Ashton and his broken heart. Lana is everything he wanted Ashton to be except she isn’t Ashton. She lacks the backbone to stand up for herself and confidence that Ashton wears like a crown.

Lana McDaniel has lived her life in her cousin's shadow. While Lana struggled with her grades no matter how hard she tried, her mother praised Ashton's intelligence. She hadn’t been blessed with Ashton’s blond hair and flawless skin, but that didn't keep her mother from lamenting her naturally red hair and freckles. But none of that would have mattered if Ashton hadn’t always had Sawyer Vincent wrapped around her finger -- the only boy Lana wanted. Once Ashton let Sawyer go, Lana had been so sure that he’d move on. Determined to make Sawyer finally see her, she'd talked her mother into letting her spend the summer with Ashton. But Sawyer is still in love with Ashton, and Lana isn’t going to be anyone's rebound girl. No matter how yummy Sawyer Vincent’s kisses taste.
---------

Abbi Glines has finally released the much anticipated,The Vincent Brothers. I have been on Pins and Needles waiting on It to release.It did not disappoint! I (whispers) may have enjoyed it more then I enjoyed The Vincent Boys.The Vincent Brothers picks up 6 months after Sawyer and Ashton break up. If you have read the Vincent Boys you know that Sawyer and Ashton broke up since she fell in love with Beau.Ash's cousin Lana visits over the summer and Sawyer while at first has not pure intentions towards Lana He eventually realizes perhaps what he had with Ashton was not what he was supposed to have.
I truly loved getting to know Sawyer better..I LIKED that this was a new and improved Sawyer.In the Vincent Boys we really did not get to know Sawyer as well as Beau.Lana was great as well..she was a perfect fit for Sawyer.I liked that she knocked his socks off and didnt take any crap from him.Know what else I adored in this book?There was an Epilogue.I adore Epilogue's.It takes me to my happy place.Oh and Last but not least how awesome is the cover?It pops and is just gorg! I literally did not want to put my kindle down while reading.Finally..Abbi...please...I beg you..Keep writing..I need more of your books.

You can purchase The Vincent Brothers HERE I hope you enjoy it as much as I have!
Posted by Le'BookSquirrel at 2:42 AM