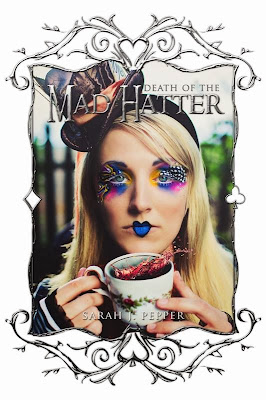 BLURB FOR DEATH OF THE MAD HATTER: If the king loses his head, then the Queen with a Bleeding Heart would rule the Red Court until Time ceased to move forward. When a second carried on for infinity, every creature in Wonderland would tip their Hat to the misfit girl with a Boy’s name (or was it a boy with a Girl’s name?) who’d end the Reign of Terror. However, it all hinged on the One-Eyed Hare being able to convince an uninspirable Heir that the impossible was indeed possible—like stopping time—and that Love was worth a Beheading.
Heads would Roll…Hearts would Break…In the end, would it matter who Reigned?

“Madness looks good on you.” Pg 67
“You belong in a straightjacket instead of a pretty dress.” Pg 244
“I’m logically impaired.” 293
“If you jotted down all of my ill-thought out comments, you could write a book entitled, Guide to Getting Punched in the Throat for Boneheads.” Pg 273
“Little mad, good. Lots mad, blissfully dangerous.” Pg 293
“One moment Alice Mae and I were sworn enemies—like a superhero to a villain.” Pg. 129
“Her lips should have a warning label posted: Highly addictive.” Pg 123
“Wonderland was a magical world where the most far-fetched dreams come true. Alas, it is also where intoxicating nightmares run rampant.” Pg 24
“What a silly notion—dying for love. Ugh! (Cue eye-roll)” Pg 5


“Out of all my ill-fitting hats, one has never given me a headache like you do.” Pg 120

The Queen of Hearts kissed the King one last time before the Joker ripped his head from her hands and tossed it alongside the rest of his body. The queen’s personal guards picked up the pieces and clumsily carried the dead king out of sight.
No one spoke. Only the sound of a ticking clock interrupted the stunned silence of the night. Standing next to the pool of blood, the queen let a love-letter the king had written slip through her fingers.
Appearing out of thin air, a Cheshire kitten, affectionately named Chez, who was distinguished by his white and blue stripes, playfully pawed at the letter. Extending his claws, he shredded it while the queen did nothing. When the Joker bent over and reached for the remaining pieces of the letter, the kitten bit him, drawing blood. Chez’s hair stood on end as he guarded the letter.
“If you want to play dirty, may I suggest a play date, Chez?” the Joker asked, inspecting the bite mark. His voice was as innocent as a child, but the look in his beady eyes was that of a psychopath’s. “I have all sorts of modified toys collecting dust in the dungeon.”
“Don’t antagonize the Joker, Chez. He is a bit of a schizoid,” Hearts said, picking up the kitten. She stared at the pieces of the love-letter for so long that her eye twitched. “Burn it so that no one finds out that the king loved a seamstress.”
The Joker picked up the pieces and fisted them. The recipient of the letter showed through his fingers: Dearest Genevine— He held his hand up to his mouth and blew. Pieces of the letter flew into the air and burst into flames. They flickered and fell to the floor in a pile of ash.
“I’m required to scold you for leaving your sharp toys scattered all over, Joker. It’s a pity the king had to pay for your untidiness,” Hearts said, glancing at the guillotine that was drenched in the king’s blood.
“Then I shall only take out my biggest toys when you order me to do so… again,” the Joker said and winked. “Since this is a hush-hush operation, I assume you don’t want me to kill the seamstress? Oh! Or perhaps she could have a misfortunate accident as well?”
“No, that would be far too coincidental,” the queen said, as a matter-of-factly. “Keep her alive. Isn’t it fitting that she must live, knowing her lover is dead? Oh, and see to it that she never leaves Wonderland. Everything considered, she is still the most talented seamstress in the court, and I’ll need someone sew me a black dress to wear at King Edward’s funeral.”

Death of the Mad Hatter will be available at Amazon, Barnes and Noble, Kobo, iBookstore, and Smashwords (both paperback and ebook) 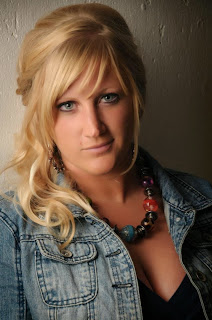 BIO: I specialize in dark, paranormal romance – think “happy ever after” but with a twisted, dark chocolate center. Real-life romance isn't only filled with hugs, kisses, unicorns, and rainbows. True-love can be more thoroughly described in times of darkness and tribulation. It’s in those harsh moments where you see what a person is truly capable of – both the good and bad. Sometimes prince-charming isn't always on time, and the glass slipper is a little snug. However, it doesn't mean Charming is not Mr. Right, and who says every shoe is the perfect fit?

Posted by Le'BookSquirrel at 9:10 AM